This was our first day at EPCOT, this is our favourite park but unfortunately we didn’t get to spend as much time here as we would have liked on this trip because having a toddler in tow Magic Kingdom become the place to be!

We didn’t have to get up so early this morning as EPCOT didn’t open until 9am so we decided to get a counter service breakfast at The Mara food court in the Animal Kingdom lodge. Both me and Ethan had Mickey waffles and Darren got himself some cereal. We paid for this as it was more cost effective to save the meal plan credits for lunch and dinner.

It wasn’t long before we were headed to the Disney buses and we were waiting for the gates of EPCOT to open by 8.30am. 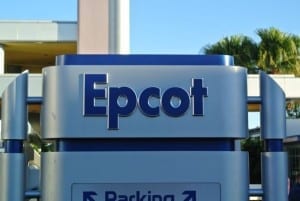 It was freezing this morning and we weren’t prepared, it was that cold that we actually thought about buying a hot drink from the coffee shop they had there but decided against it.

Whilst we queued the family behind us were making their plans on what rides to go on first and what fast passes to get. This made us laugh as this was a world away from what our plans for the day were, as soon as the gates opened I was headed as fast as I could to the character spot as I wanted to try to get the group shot with all the characters.

The gates opened at 9am and we were off, everyone racing to get to their planned starting point, I did manage to take this photo as we walked quickly past! 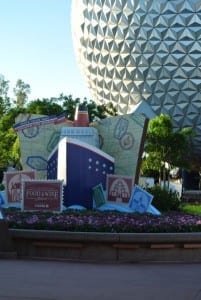 We missed being the first family at the character spot by seconds, this is because the normal character spot was being renovated and I stopped to ask someone as the arrows pointing to the temporary character spot wasn’t 100% clear. It didn’t matter as no one else came in behind us so we had some quality time with the characters.
First of all Ethan met Mickey Mouse giving him a high five to say hello. 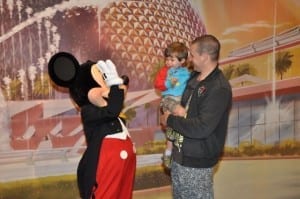 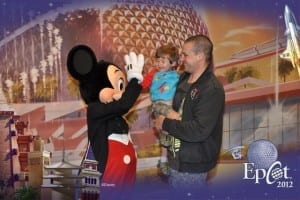 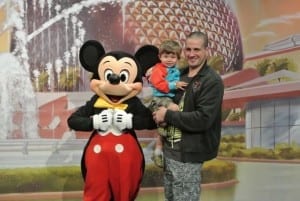 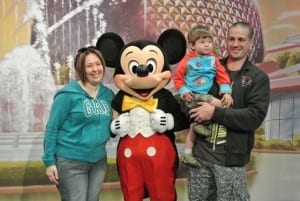 Then he said hello to Pluto. 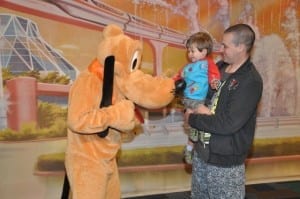 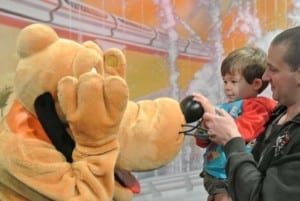 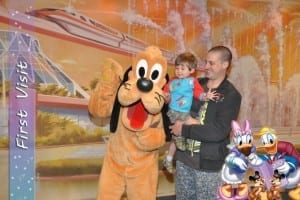 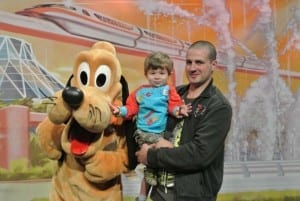 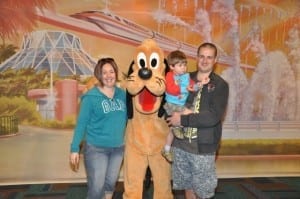 And lastly Minnie got to meet Ethan, she greeted him with a kiss, Ethan wasn’t impressed! 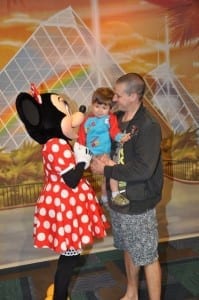 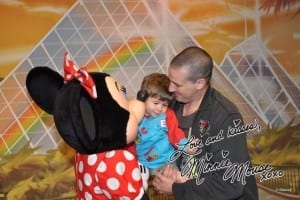 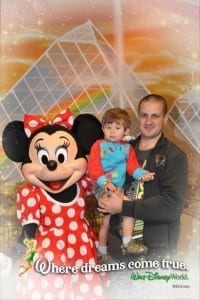 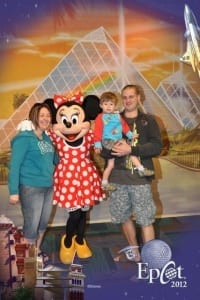 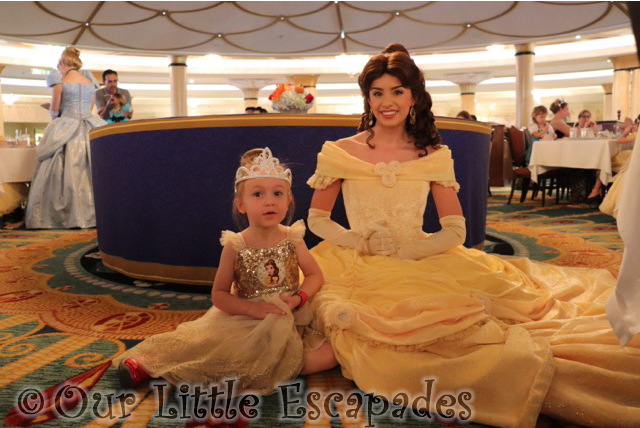 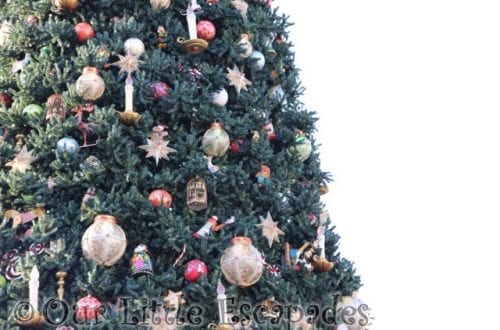 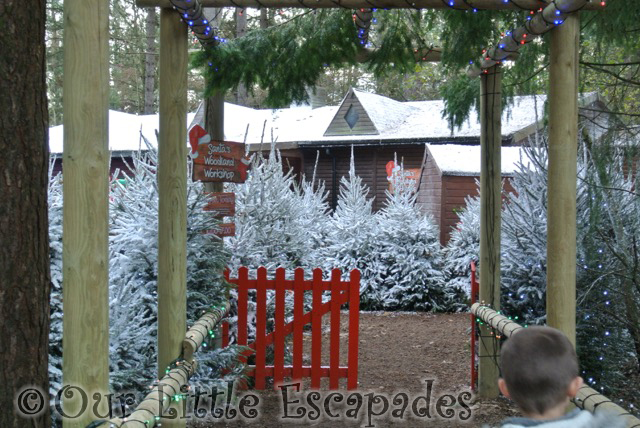