I had seen people talking about the Toddlebike on twitter and as we are nearing Ethan’s birthday I looked into what they are. The official website describes them as an innovative ‘Pre-Balance’ bike for ages 1-3 that is super-lightweight and develops cycling skills indoors and out. Now as the description mentioned balance I must admit I was put off of purchasing one as I have been told that children with autism tend to have balance issues and I have read many blogs where parents have struggled for years teaching their autistic children to ride a bike and the fact that Ethan is nearing his third birthday I decided against going any further with the idea.

Then a few weeks ago I saw on twitter that they were looking for toddlers to take part in a 2013 Toddlebike Trial, they were looking for children that are younger than Ethan but I applied and made them aware that Ethan is autistic and with that also comes delays so he in his mind he would be ready to take part in the trial. The fact that he is also quite small for his age is a bonus and the right height for a Toddlebike.

I couldn’t believe it when he was picked to become a Toddlebike Team Rider, this meant that we could trial the bike for the purposes of a review and also discover if Ethan is ready for a bike like this.

I decided to ask Ethan to help open the box, I wanted him to get excited about the Toddlebike so that he would take an interest in it. Now considering that Ethan still doesn’t really understand Birthday or Christmas gifts he did get very involved with opening this package. 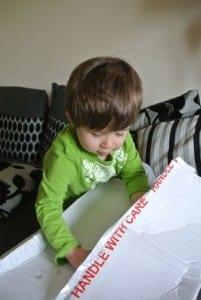 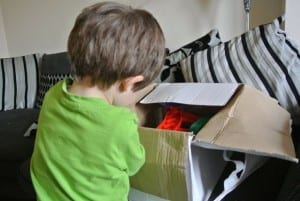 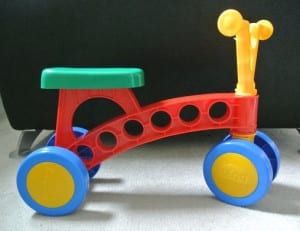 Ethan got very excited about his new toy and decided to sit on it side-saddle. 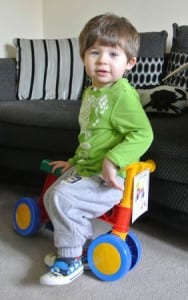 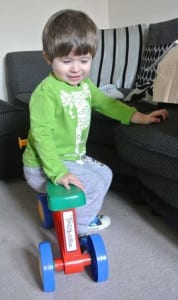 After showing it off to Nanny and Grandad with lots of babbling excitement it was time for Ethan’s afternoon nap which meant the Toddlebike had to wait for more adventures later on in the day.
When Ethan woke up he sat on the Toddlebike’s frame, both frontwards and backwards! 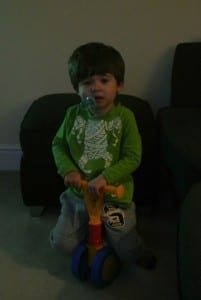 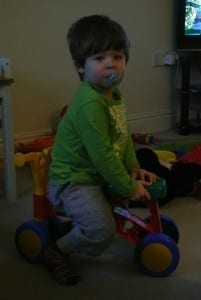 Ethan then decided it was time for the Toddlebike to be inspected which therefore meant that Ethan wanted to watch the movement of its wheels. This is one of Ethan’s autistic traits and expected so we let him do this for as long as he feels necessary. 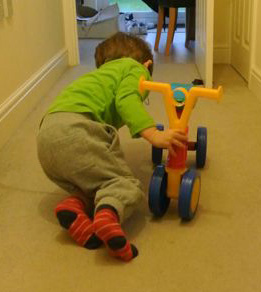 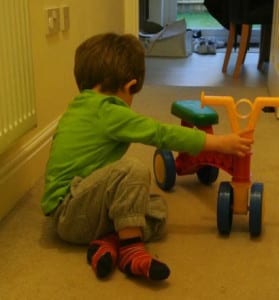 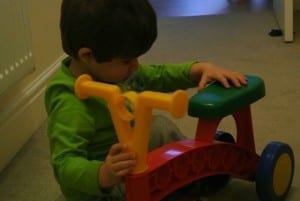 It was then time for the Toddlebike to be shown around our home so Ethan spent the rest of the day carrying it around by it’s handlebars. 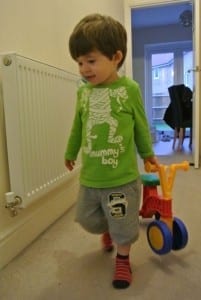 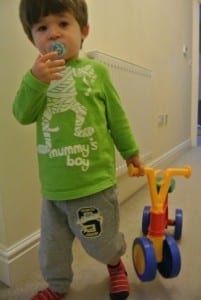 Ethan’s Verdict So Far: He is very excited by his Toddlebike and babbles excitedly when he is around it. He has tried to sit on in and move forward but at the moment he is mostly sits on the bikes frame. We are working on showing him how to ride it, this may take some time… 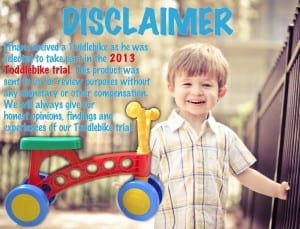 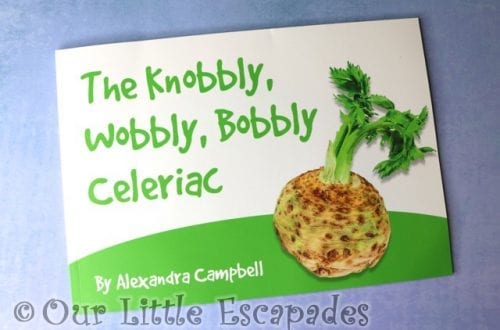 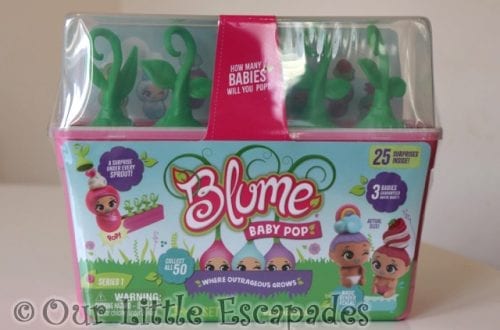 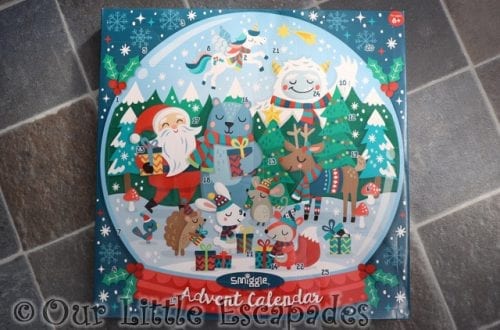