I loved lego as a child and when I knew we were having a boy I imagined all of the lego sets we could build together. So duplo was where I knew we needed to start.

I brought Ethan his first set when he was one and a half. It was a Winnie The Pooh set, grandad would make small towers with the pieces. Ethan did show an interest, and would work on his colours with grandad so we got him a bigger box of duplo. Ethan never built anything with it and would just watch grandad make the towers and then he would knock them over.

Recently we have stopped playing with any of Ethan’s toys. It was a combination of me not being up to it with my pregnancy, and Ethan being all over the place. He has gone through a stage of just throwing his toys up into the air and all around the room. It drove me insane. So for a stress free life the iPad has been the easiest option.

On Friday morning I was trying to put our ironing away and Ethan was playing with our wardrobe doors. Ethan nearly hurt himself which stressed me out. I took him into his room and shoved the duplo book set that my brother had given him into his hands. I didn’t expect Ethan to do anything with the duplo, I was hoping that he would read the book whilst I put the rest of his clothes away. Before I knew it Ethan was sitting on the floor putting the duplo pieces together.

I couldn’t believe my eye’s, this was something he couldn’t do. He would use our hands if he wanted the bricks put together. So I forgot about putting the ironing away and sat down with him. Ethan was really enjoying playing with these few bricks, so I pulled out the big box which had been collecting dust under the bed.

We took it downstairs and sat and played with the duplo from 9.30am until Darren came in from work.

I couldn’t believe the transformation in Ethan, it wasn’t long before we were surrounded by towers all made by him. 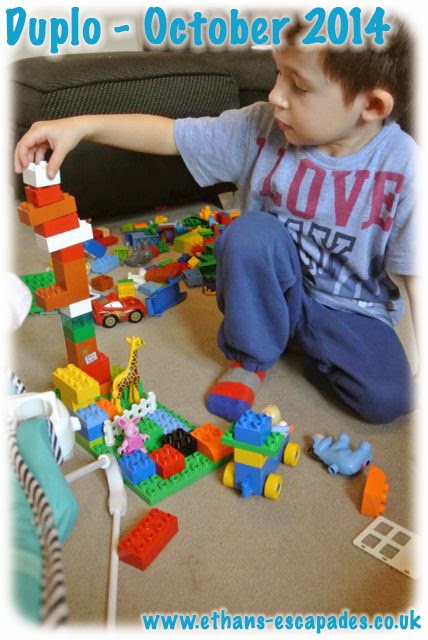 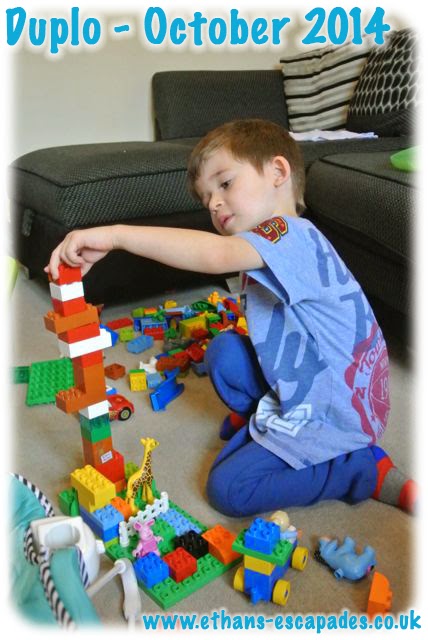 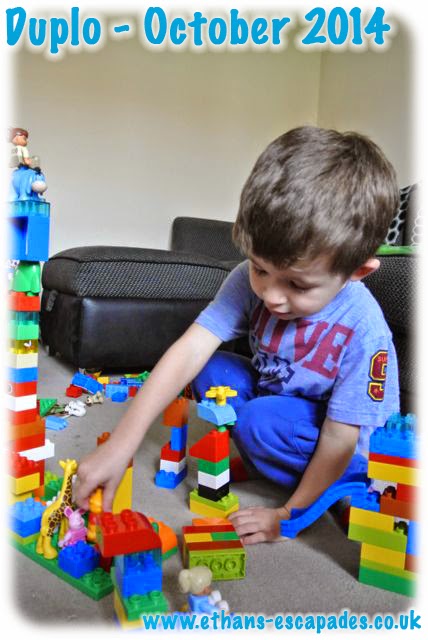 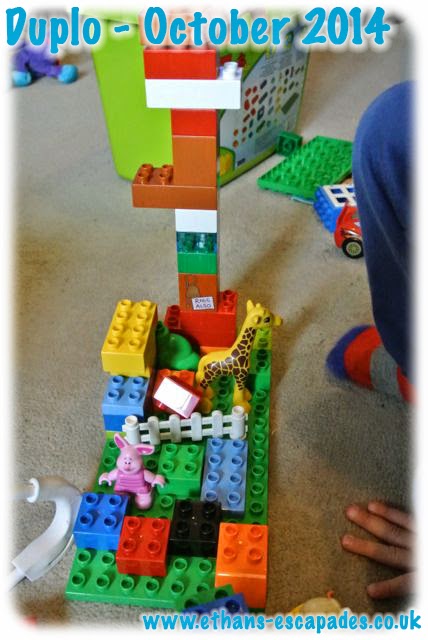 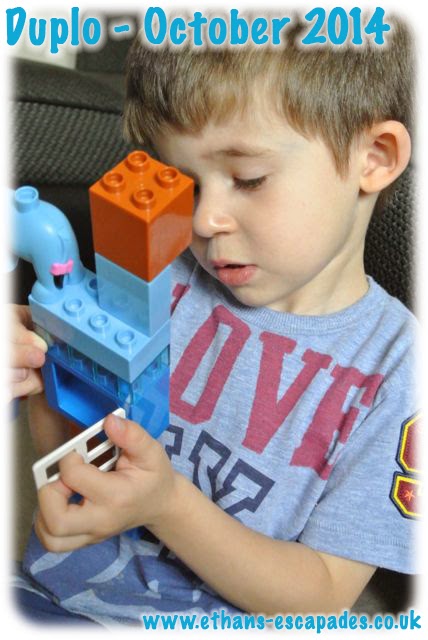 Ethan even made a car! 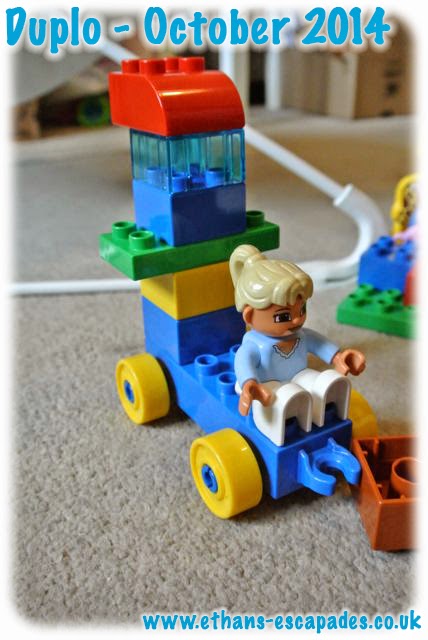 We didn’t do imaginative play, and Ethan’s play did get very restricted. He would take bits off of what he had made and would want me to put them back in exactly the same place. If I didn’t put them in the exact spot he would start to get very frustrated. He was also very intense, I wasn’t aloud to leave his side. Thankfully nanny and grandad came and took over so I could get dressed!
I’m so proud of my little superstar, everything you see in the photos he built. He may have had a little bit of help, but it was nothing compared to what it used to be. The most fantastic thing is that we were interacting with each other, we ‘played’ together!

I'm still uploading our #disneyvlogs over on our #