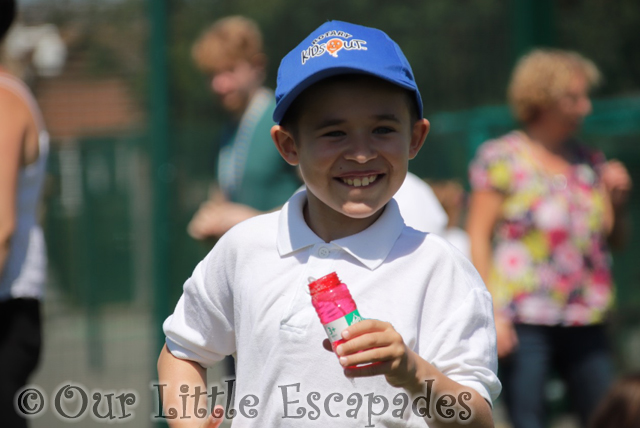 With the new school year starting for us today, Ethan is starting his education journey in year five. I thought we should say goodbye to year four. A school year that has been very good for Ethan. In this post, I share the highlights of his year.

As with year three, the school swimming lessons and horse riding sessions continued in year four. For Ethan, the swimming lessons are more of a sensory exercise at school. This is because they have their lessons in the teaching pool and Ethan is used to swimming in the bigger pool with his swimming club. Ethan spends the time jumping around in the water.

Ethan loves the horse riding lessons and we were invited to watch the last lesson of the term. He was also awarded an RDA Endeavour Award for trying hard each lesson.

The junior side of the school preform two school plays. The first being the Christmas concert. This year it was a Nativity that the whole school performed together. Each class sings one song each. The same thing happens for the end of year play. This year Ethan was a wizard and his class sang the last song of the play. He was very good at waiting his turn too.

Ethan attempted to take part in World Book Day this year. He was dressed as the BFG before school but he got distressed about leaving the house in his costume. I packed it in his bag and he took it into school with him. At , Ethan wore his ears and kept telling everyone he was Dumbo.

This year Ethan went on another school residential camping trip. This year it was for just one night. I think the two-night camping trip from year three was too much for him as this year he was very nervous about going camping. This meant we were on tenterhooks all day and night wondering if Ethan would stay. Thanks to the amazing staff at his school he did and hopefully had an amazing time.

The school year as always ended with sports day. This sports day was one of the easiest we had been too since Ethan has been at school. I don’t know is this was because the set-up was easier or the fact that Little E was at school. This meant we were able to fully concentrate on Ethan.

The biggest highlight for us all was when Ethan came home with the spring terms merit trophy. His , learning, and speech had come on so much since he moved classes. Everyone agreed that it was truly deserved. Ethan is staying in the same class for year five. He will have a new teacher and some new friends. We really hope he continues to thrive.