I found out about Lapland UK a few years ago and it sounded amazing. A friend had been and it looked like they had a fantastic time together. I knew I would want to take Ethan there to show him the magic of Christmas. The thing that worried me was the activities. Could Ethan understand them? Would he want to take part? Would people stare at us because of the amount of support Ethan would need to join in? Then I discovered the Lapland UK Superstar day.

What Is A Lapland UK Superstar Day?

The Lapland Superstar Day is a day specially designed for families like ours. The day designed especially for adults and children with additional needs. A day when all of my fears would be irrelevant. Lapland UK only holds one Superstar day a year and it is midweek. As Ethan doesn’t start school until April we thought it would be the perfect year to go. With Little E being under one, we also wouldn’t need to purchase a ticket for her.

Our Visit To The Lapland UK Superstar Day

After a horrendous journey courtesy of the M25. Thinking we wouldn’t make our appointed time, we finally arrived at the magical wood with thirty minutes to spare.

The entrance is a waiting area, a departure lounge of sorts. Here you will find a coffee shop and the check-in area.

It was very loud there, which for superstar day perhaps should be adjusted. Ethan soon settled down with Grandma and Grandpa colouring in.

I checked us in and was told we were part of the reindeer team. This actually turned out to be the perfect team for us as it was the smaller of the two groups that start the tour together.

At the start of the tour, we were taken into the wood and introduced to Albin and Eco. They are forest Elves and explained that they couldn’t go to Lapland but knew the magic that would take us through the special door.

With the forest elf magic working, we ventured into Lapland ready to help the Lapland elves with their toy making.

Once in the toy factory, the elves asked the children to sit at the front to help them. Ethan clang to us and we stayed at the back of the room. I wasn’t expecting that we would do any more than that. I couldn’t get Ethan to sit at a workbench and decided it was best not to stress him out.

After the elves made their introductions they showed the children how to help them make a reindeer. The elves had spotted Ethan and brought a basket over for us. To my surprise, Ethan sat next to me on the bench and we started to make the reindeer.

Ethan even helped build the reindeer and we completed our first task without any problems.

The next task was to build a xylophone, it took a while but we built it as a family.

The elves then wanted us all to sing and Ethan had lots of fun making lots of noise.

The elves even got Little E involved with the music making.

After a great experience in the toy factory, it was time to help Mother Christmas with her baking.

Mother Christmas introduced herself and the elves before we started to decorate gingerbread men.

I couldn’t believe it when Ethan let me put the hat and apron on him without any fuss.

Little E got a bit restless so we showed her what her brother was doing.

After decorating our gingerbread man we put him in the bag to take him home. It was then time for a story and more singing.

This wasn’t the best order for Ethan as he had lost attention and didn’t want to go and sit back down. The elves spotted him and gave him an instrument so he could take part in the singing.

After our time in the kitchen it was time to make our way to the elf village.

It was now our free time and we made our way to the elf restaurant as Little E was ready for some food. We had two fish finger sandwiches, chips and two cans of coke which came to £20. The fish finger sandwich was a bigger piece of fish in a roll with rocket and dressings. There was also a generous serving of chips. It was expensive for what it was, but no more that a theme park. We shared this meal with all three of us.

I had pointed out the ice skating to Ethan before going into the restaurant. He said NO when I asked him if he wanted to do it. Whilst changing Little E I saw that Grandpa showed him the ice skating up close. I saw Ethan flap and jump, which is always a good thing. Well sometimes!

Seeing his reaction I knew it would be OK to try the ice. I have no idea how it would work as I haven’t been ice skating for over ten years! Thankfully we were allowed to walk on the ice without skates.

Ethan absolutely loved the ice skating and the longer we were on the ice the more confidence he got. Knowing that I was OK with Ethan, Darren and Grandpa took to the ice with skates.

Whilst we were on the ice a reindeer popped by to say hello.

Ethan absolutely loved the ice skating it was horrible to tell him it was time to finish. We had been on the ice for easily an hour.

Before going to visit Father Christmas we took a look around the Elf village.

We even visited the Huskies.

The last thing to do was visit the main man himself so we made our way to see Father Christmas.

Little E was fast asleep so she missed out on saying hello to Father Christmas. I feel terrible that she wasn’t in the photo but it had been a very long day for her and she had been fantastic all day.

It was time to say goodbye to the reindeer and their sleigh before collecting our photos and heading home.

On all the buildings there are elf-sized doors. Ethan avoided them all day, but he happily walked through the very last one.

Our Thoughts On The Lapland UK Superstar Day

It is a very expensive day out, I know that some tickets can be priced up to £80 per person. Would we pay £80 each to go, I would say no for returning next year. This is because we would then be paying for Little E and I feel she would need to be a little bit older to truly enjoy the experience. Also, Ethan doesn’t get excited for things yet, I think this is because of his lack of understanding. If we also experienced the excitement from him I probably would pay that ticket price.

Saying that he did have an amazing day and he exceeded our expectations above and beyond. The superstar day was catered perfectly for our special children. I don’t think I could recreate Ethan’s ice staking experience anywhere else, so never say never. We could be taking the magical trip sooner than we think.

The toilets in the elf village are of a very high standard and there were two disabled toilets, one in the men’s and one in the ladies. We find that sometimes we need both of us to change Ethan it would have been nice if there was a family room so that we could all go in to sort both of the children out. This would even help breastfeeding mothers.

I also couldn’t find a baby changing unit for Little E apart from a shelved area as you walked into the ladies. This left her a little exposed to the elements and passes by, as it was near the door and a window. I thought there may have been a unit in the disabled toilet but two of us couldn’t see one. Darren has just informed me there was one in the men’s toilet.

You have to pay for the photos with Father Christmas. I think the prices start at £15. We paid £30 for three prints and digital files. I think for the price of the tickets one photo should at least be included in that price.

Superstar day is only available mid-week. Ethan will be at school next year and with new rules, he may not be allowed to take a day off. I’m sure this is the case for lots of parents. If the day was offered on a weekend, even just a very early or late slot, I think it would make it more accessible to all.

The attention to detail in Lapland UK is amazing, Darren expected the village to be a bit bigger but I think he only really noticed that as being that it was superstar day we had a longer time there.

The staff are amazing and included Ethan in everything even if it looked like he wasn’t interested. I’m so glad that we went and Ethan experienced it. Our ice skating experience really was worth every penny.

We did return for the Lapland UK Superstar Day in 2015. 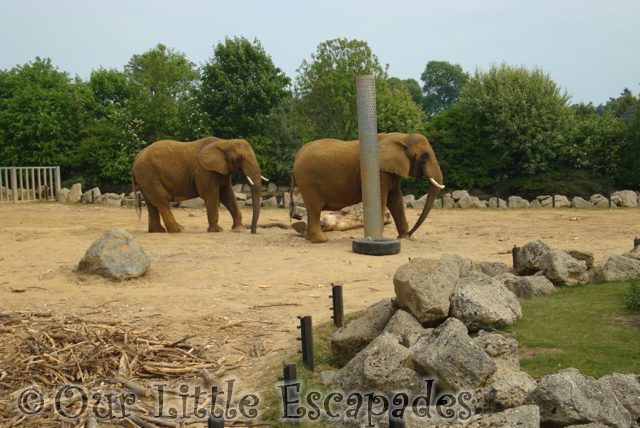 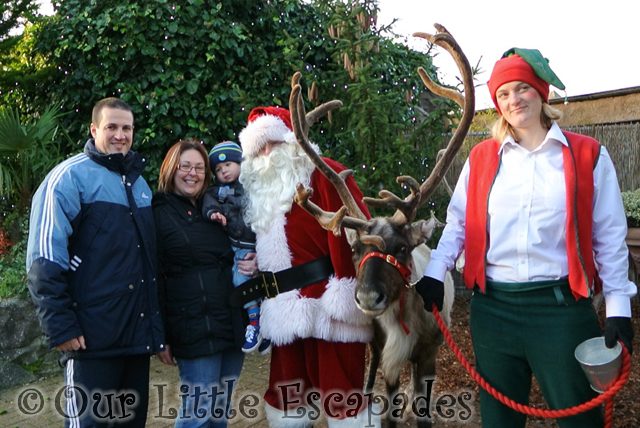 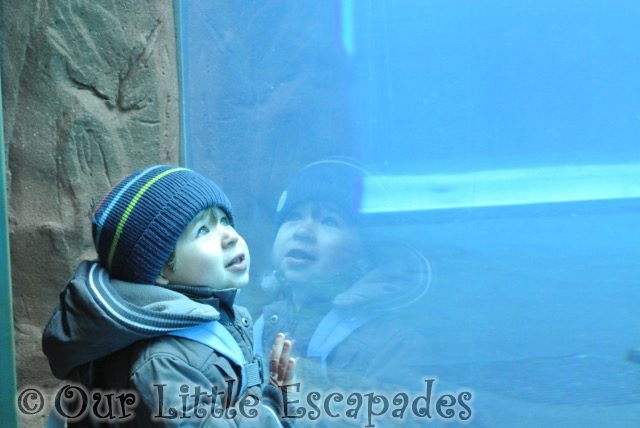