Growing up with an older brother ‘Pull My Finger’ was a phrase that I heard quite a lot. Darren has also played this trick on our own children. It’s always something that will make them laugh. When we were asked if we would like to review the new Pull My Finger Game I knew we had to put it to the test. 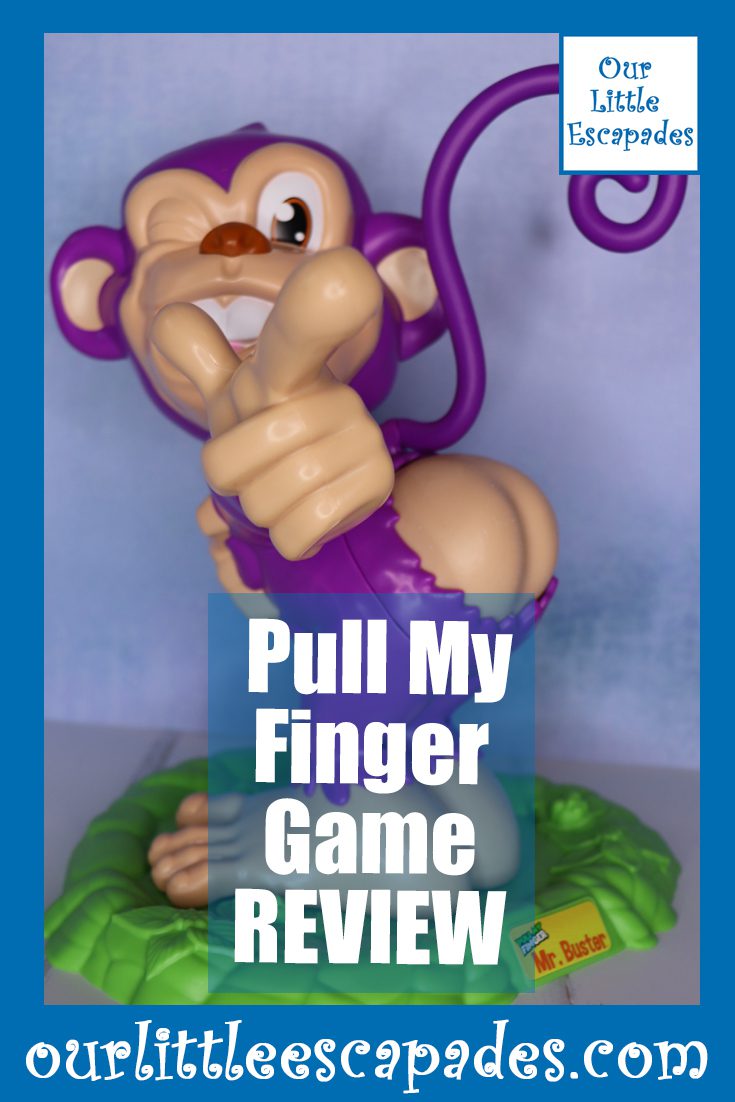 What Is The Pull My Finger Game?

The Pull My Finger game is a hilarious game for the whole family. Mr Buster, the monkey, has an inflatable butt! Pull his finger to inflate his butt. The question is how big will his butt get? Watch out as Mr Buster will pop. Avoid his pops to win the game. 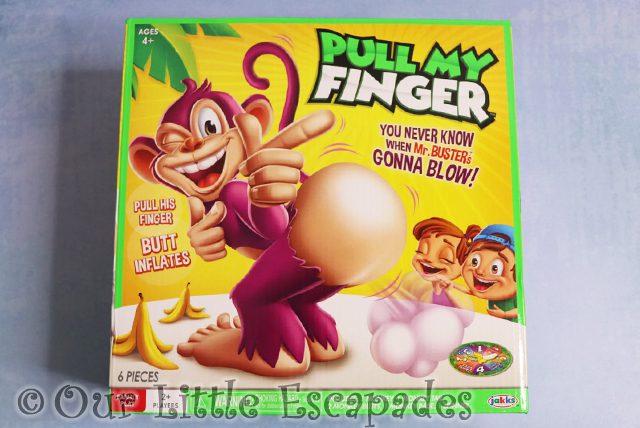 Whats Included In The Box? 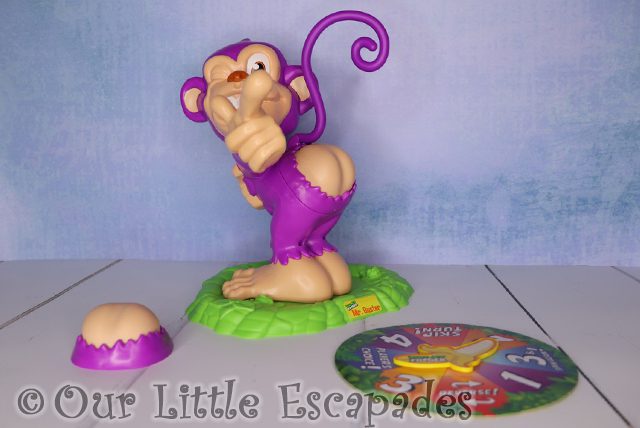 How To Play The Pull My Finger Game? The play moves in a clockwise direction unless a player lands on reverse.

Whoever causes Mr Buster to “fart” loses and is eliminated from the game. The remaining players continue to play. The player who avoids Mr Buster’s pops is the last player left. They are the winner! What Did The Children Love About The Pull My Finger Game?

A monkey who’s butt inflates what isn’t there to love?! The children loved Mr Buster and it was hard to get them to play the game by the rules. With four of us this is quite a quick game but it is lots of fun. It’s nice that they are happy to play with Mr Buster even if we aren’t playing the game by the rules. I filmed us opening the game and I have captured our first impressions. You can see this in the video below.

What We Love About The Pull My Finger Game?

We love that it is a fun and quirky game that we all enjoy. The game is quick enough that we have also been able to play it with our son. I’m sure this game will give us lots of giggles with our family over the Christmas period.

DISCLOSURE – We were gifted the Pull My Finger Game for the purposes of this post and to create our YouTube video. We always give our honest opinions, findings, beliefs and experiences of the products. *This post contains affiliate links. As an Amazon Associate I earn from qualifying purchases.