On Tuesday Ethan received a surprise in the post, he had been sent ‘Curious George Swings into Spring’ to review so we have watched it a few times over the past few days and this is what we thought. 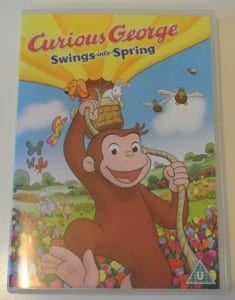 “You have spring fever George” declares the man in the yellow hat, but George doesn’t know what spring is.
The man in the yellow hat takes George to the park to show him the changes that the spring season brings. George wants to take his best friend Hundley to the park to show him spring but Hundley and the doorman are too busy spring cleaning. George decides to help with the spring cleaning in the hope that Hundley will then visit the park with him, this leads to a cleaning disaster and everyone is evacuated from the building for a few days. So the man in the yellow hat, George and Hundley head to the country for a few days whilst the doorman cleans up the mess.
Leaving the doorman makes Hundley sad, to cheer him up George decides to teach him about spring in the hope that he too will get spring fever. In true George fashion nothing goes to plan and Hundley gets lost.
Will the city dog ever find his way home from the country? Will he ever get spring fever?
Ethan’s Verdict: This film had Ethan captured from start to finish, all 54 minutes of it. He has been engrossed every time it has been on and sits with me to watch it. He also chats (babbles) to George during the film which must mean he is enjoying it. He has also indicated on quite a few occasions that he wants the film on again.
There are three songs in this film which always helps keep attention and because the theme of the film is spring there are some bright and colourful scenes with spring flowers and butterflies. We are all in agreement that this is an enjoyable film to watch.
The film is rated U, suitable for all. It has a RRP of £6.99 and was released on May the 20th 2013.
DVD Product Description
A high-flying springtime adventure! Spring has sprung and the world’s favourite monkey returns as curious as ever in this high-flying, full-length feature.
George and his best friend, Hundley, explore all the wonders of the season together–including blooming flowers, baby animals and canoe rides. But when Hundley loses his way, George takes to the skies to find his pal, in a wild adventure that ends with a very fun surprise! 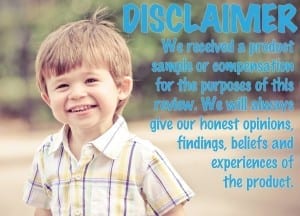 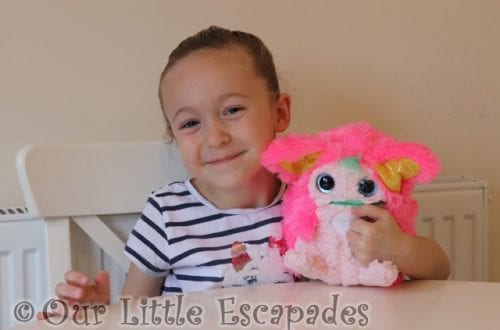 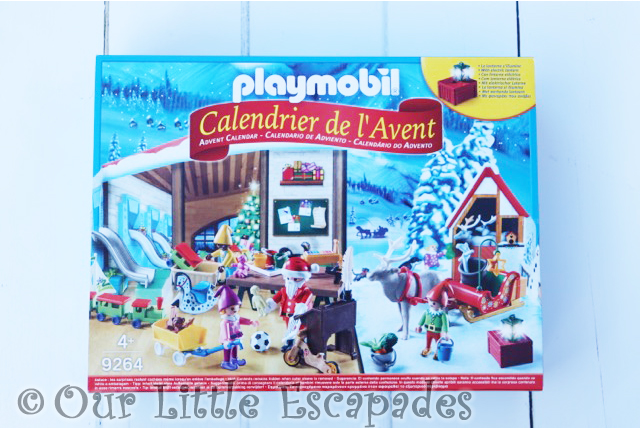 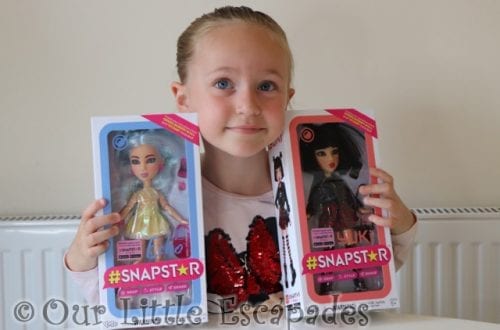 This year I celebrate a 'big' birthday. I have onl

When we visited #disneylandparis in February 2018