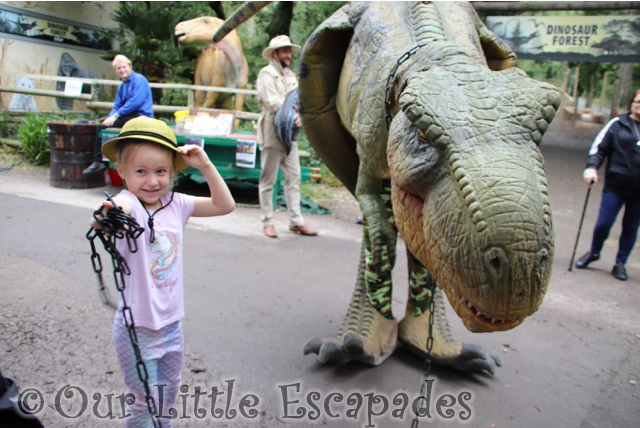 At the end of the summer holidays and before our Norwegian adventure we were invited to review Port Lympne. We knew that we would be going there to see animals during the safari. Meeting a T-Rex wasn’t something we expected to do during our visit to Port Lympne.

Meeting A T-Rex At Port Lympne

Every Sunday, during the summer holidays, Port Lympne had an extra dinosaur visitor at their Dinosaur Forest. A ‘real-life’ T-Rex would be visiting with his dinosaur tamer.

We made sure that we were at the entrance of the Dinosaur Forest when it was time for the T-Rex to make an appearance. The children had no idea what we were waiting for and couldn’t believe their eyes when they saw a T-Rex walking towards them. They never expected to be meeting a T-Rex!

We encouraged the children to stroke the T-Rex. Ethan wasn’t sure at first but Little E had no issues saying hello to the dinosaur. Ethan soon warmed up to the idea of making a new friend.

Suddenly the dinosaur tamer put a safari hat on Little E’s head and handed her the chain that was around the neck of the T-Rex. She was in charge of taking the T-Rex for a walk. Little E was in her element.

There was only a small group of people around but Little E tried her best to guide the T-Rex to them. Whilst Little E did this the dinosaur tamer disappeared. He left our five-year-old in charge of a T-Rex!

It wasn’t long before the dinosaur tamer returned with a baby dinosaur. By now the crowd of people watching the T-Rex had got bigger. It was time for our little lady to let another one of the children watching take the T-Rex for a walk.

The below video shows the children’s experience of meeting a T-Rex.

I’m so glad we waited around to meet this dinosaur. Not once did the children as about how the T-Rex was ‘alive’. 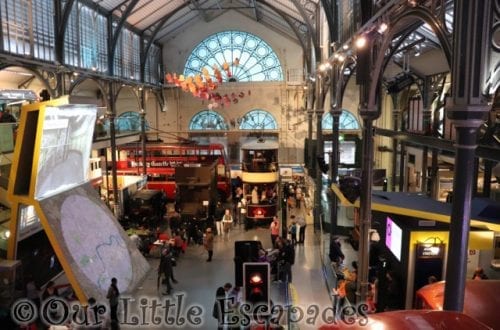 Half Term Fun At The London Transport Museum 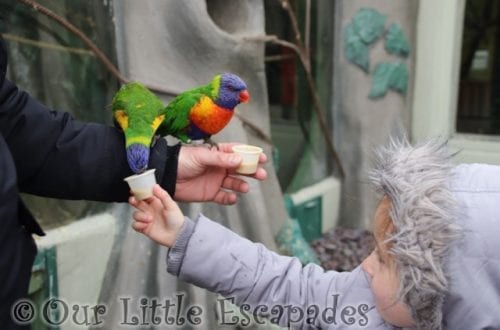 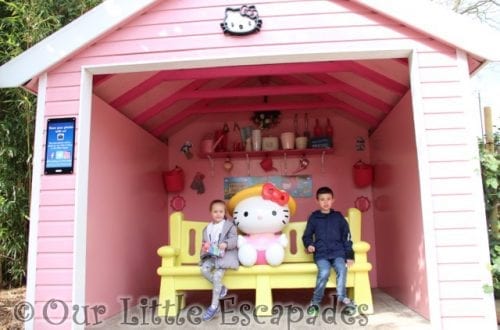