Little E loves cats. Well more than loves them she has a cat obsession! She has an army of toy cats that she takes to bed with her and carries around the house. Toy cats are the only thing she is going to be asking Father Christmas for this year. When Little E spotted the Mystery Mao adverts on TV I knew he was going to be high on her list. The adverts started with short teasers and right away she knew there was a new cat for her collection. Mystery Mao is the latest member of the Club Petz family and Little E was very lucky to be sent one for Halloween. 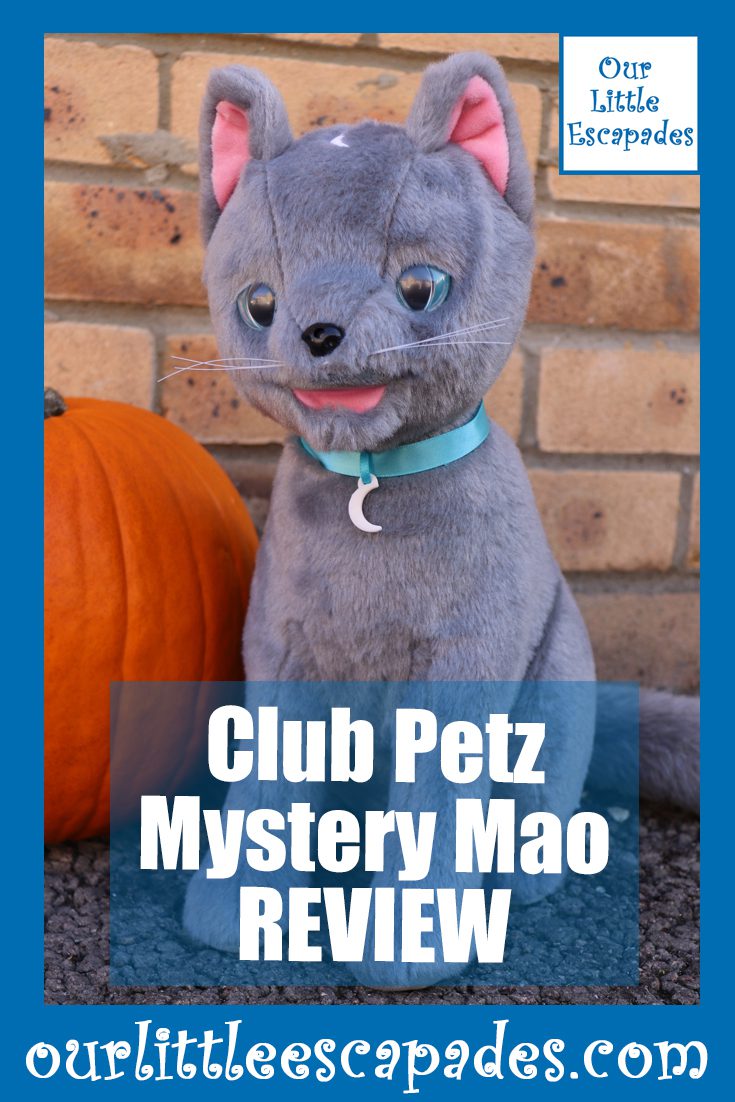 Who Is Mystery Mao

Mystery Mao is a cat. But he isn’t a normal cat, he has special powers. Use his magic wand and cast the spell to bewitch him. When he is bewitched his eyes light up and he is able to talk to you. Mystery Mao is a very clever cat. He can play guessing games with you to guess which animal, sport or item of clothing you are thinking of. He even knows what time of day it is. 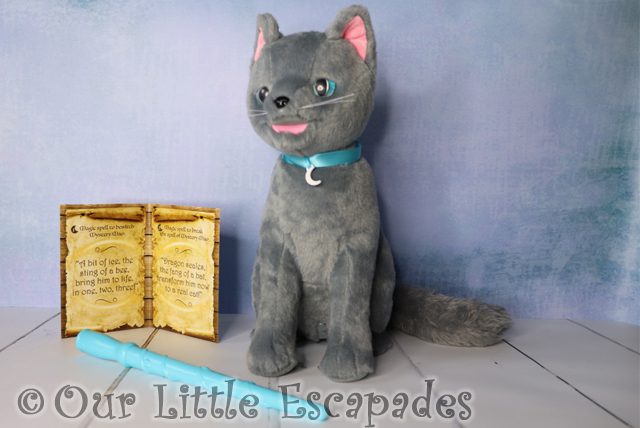 Whats Included In The Box?

Please note that 4 x AA batteries are required to use this toy. They are included in the box. 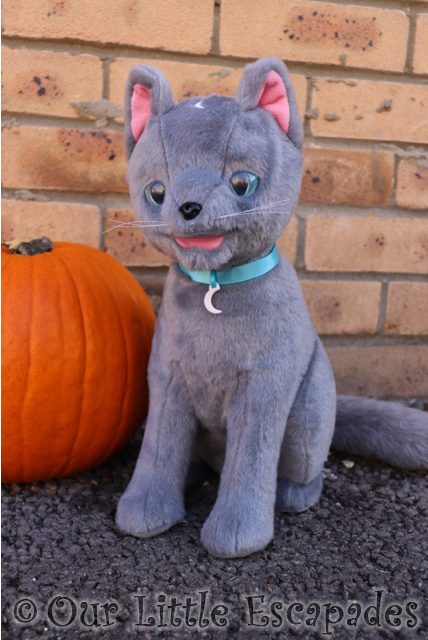 What Did Little E Love About Mystery Mao?

Knowing how Little E reacted to the adverts for Mystery Mao I knew she was going to love him from the off. Below is a video of her opening her Halloween surprise. She had no idea a new toy cat was arriving for her and I was so excited for her.

There are two modes of play with Mystery Mao, normal and bewitched.

In normal mode Mystery Mao meows and also purrs when you stroke his head. Don’t pull his tail or his ear he will soon let you know he doesn’t like it.

The first time you enter bewitched mode Mystery Mao will ask you to set the time. You can do this by pressing the button in his ear. Setting the time means that he will be able to ask you about your day. As Little E was very eager to get her hands on her new cat we missed setting the time. If this happens to you just remove the batteries to reset him. He will then give you the chance to enter the time again.

In bewitched mode Mystery Mao can play guessing games with you. He can guess which sport, animal or item of clothing you are thinking of. You can use the button in his ear to help select the guessing game you want to play. But he is voice activated and can understand the following commands

“Dragon scales, the fang of a bat, transform him now to a real cat!” 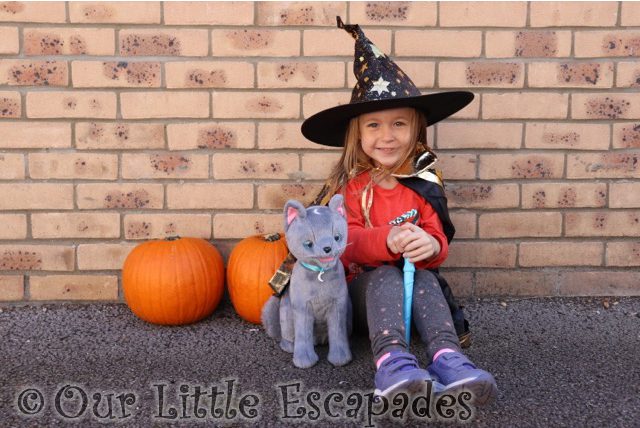 Little E is so protective of her new feline friend. She will play with him in bewitched mode but actually prefers him in his normal mode. She loves to make him purr and finds it funny when he gets angry at her for touching his tail. The below video shows Mystery Mao in action

What We Love About Mystery Mao?

Mystery Mao has a very solid feel. His position is fixed but that makes him nice and sturdy. I think this helps when you are petting his head as it makes him feel more cat-like. He feels like he will last a long time no matter how much he is loved. I found that he easily followed the commands I gave. He could also pick up on what Little E said to him. When we reviewed Lucy the Dog I couldn’t get her to react to my voice but she followed Darren’s commands.

We also found that sometimes we couldn’t get the spells to work first time. We found that you had to tap the moon at the start of the spell and the end of the spell. There is also a little sensor on his nose which could be the voice recognition system. Having the wand lined up with that also helped us. I don’t think it matters if you don’t know the spells as I think the double tap on the head felt like it was the key to switch the modes.

DISCLOSURE – We were gifted Club Petz Mystery Mao for the purposes of this post and to create our YouTube videos. We always give our honest opinions, findings, beliefs and experiences of the products. *This post contains affiliate links. As an Amazon Associate I earn from qualifying purchases.