Knowing that we would be up very early on our first morning because of the time difference we decided this would be a good morning to book a character breakfast which would also introduce Ethan to the characters. We thought it would be best to do a princess breakfast first as we really had no idea how Ethan was going to react to the other characters and because going to the Magic Kingdom on our fist full day is a bit of a tradition for us so we booked…

We all awoke at about 4am and we tried to stay in bed for as long us possible to try to get Ethan back to sleep, but he was awake so this wasn’t going to happen. Without fail Ethan needs to have a drink of milk in the morning before we can do anything else and with this in mind and knowing we were going to have to travel for breakfast we purchased him milk and a banana with our dinner the night before so he wouldn’t have an empty stomach. Just like Darren a hungry Ethan is an unhappy Ethan! 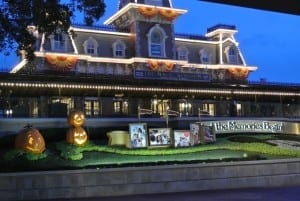 One of the perks of having breakfast in the parks is that you are aloud into the park before it opens which lets you take photos in a near empty park. Unfortunately after we had booked the reservation the park hours changed from opening at 9am to opening at 8am, our reservation (ADR) was for 8.10am. Thankfully we were let into the park at 7.45am but we were aware of the rush of people that would be coming in behind us at 8am so we didn’t get the chance to linger and take photos along main street as much as I would have liked too but we did get a few nice shots. 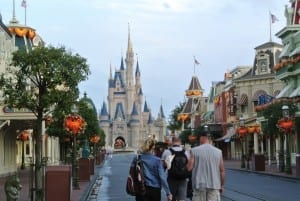 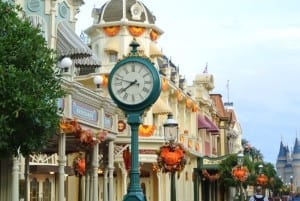 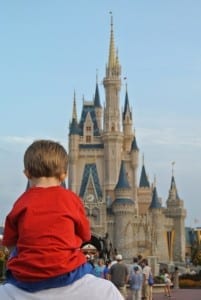 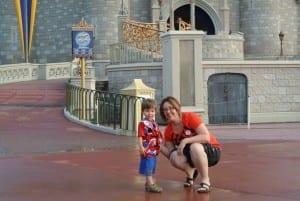 We did get the chance to stop at a photopass photographer as he didn’t have a queue. 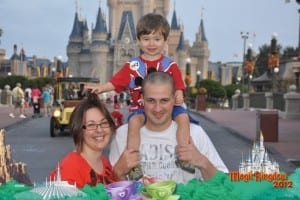 He also took this photo for us on our camera which is easily amongst my favourites. 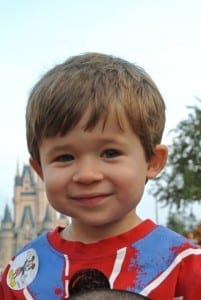 We didn’t have to wait long for our ADR time but I had forgotten to purchase an autograph book for Ethan as I thought that would be a good way to break the ice with the characters and give them something to do with him because of his lack of speech, thankfully they had them ready to purchase at the booking in desk.
After booking in you are called to wait in line to have your photo taken with Cinderella. Something that I thought wouldn’t be a problem totally stressed Ethan out. He didn’t want to go near Cinderella and all he wanted to do was run away. I put this down to the fact there was a lot of people waiting and watching you with Cinderella and the fact that it all felt a little rushed. Needles to say our photo with Cinderella wasn’t very good. I later worked out that the thing that Ethan had a problem with was her dress!

After the stressful Cinderella moment was over we were taken upstairs to our table. In the process of meeting Cinderella I had lost our receipt with our table details on so they had to relocate that information for us!

After being seated and our breakfast orders had been placed the princesses started to join us. 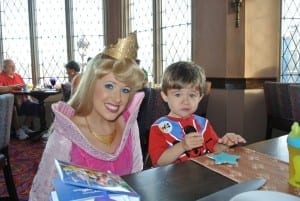 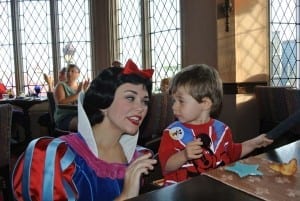 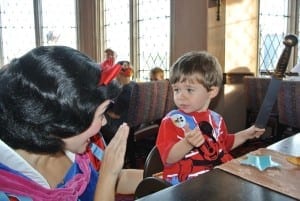 And Ariel who was impressed that Ethan had a star just like her. 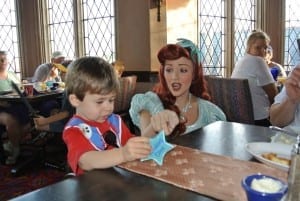 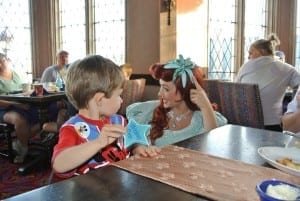 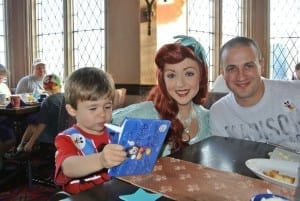 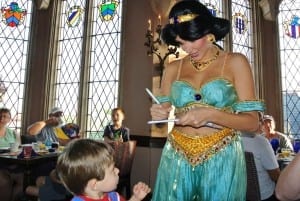 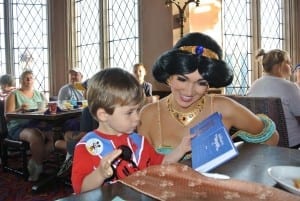 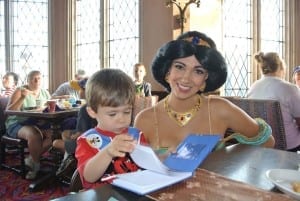 All of the princesses were great with Ethan and him being non-verbal wasn’t an issue.
Both me and Darren ordered a cooked breakfast and Ethan was just happy to have more milk and wasn’t interested in any of the food. We enjoyed our visit to the castle and it was a nice way to start our holiday.