After Ethan had his afternoon nap and we had all freshened up it was time to head to Downtown Disney for our ADR at The Rainforest Cafe. We were really looking forward to this ADR but were a little apprehensive of what Ethan would think of the tropical storm that takes place in the restaurant. Being that it was Halloween we dressed Ethan in his Buzz Lightyear costume again just in-case anything was going on that he could join in with. 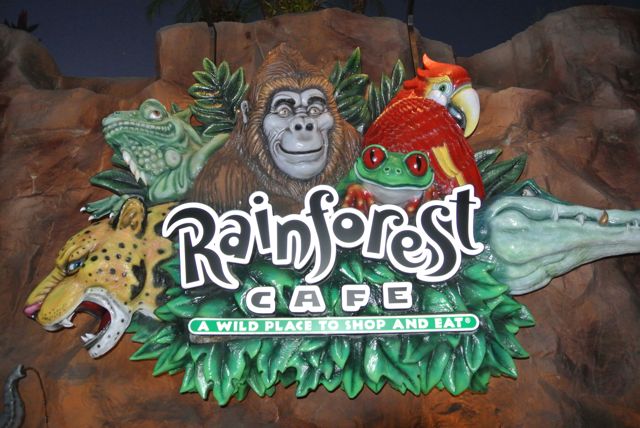 We arrived just before our selected ADR time and didn’t have to wait long to be seated. We were seated in quite a quiet area of the restaurant and the waiter explained that the storm would happen every thirty minutes, we could see quite a few animals from where we were sitting so we were quite looking forward to see what would happen. 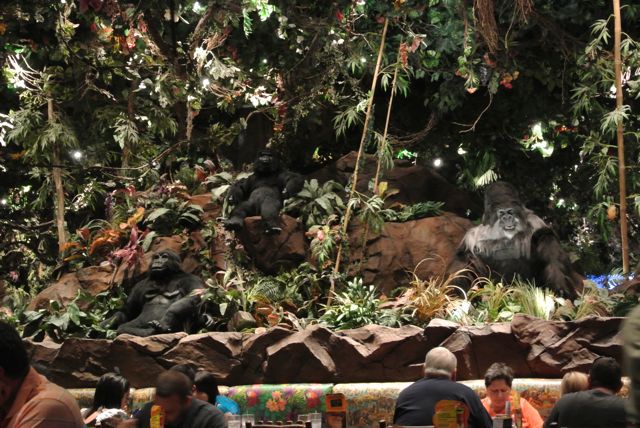 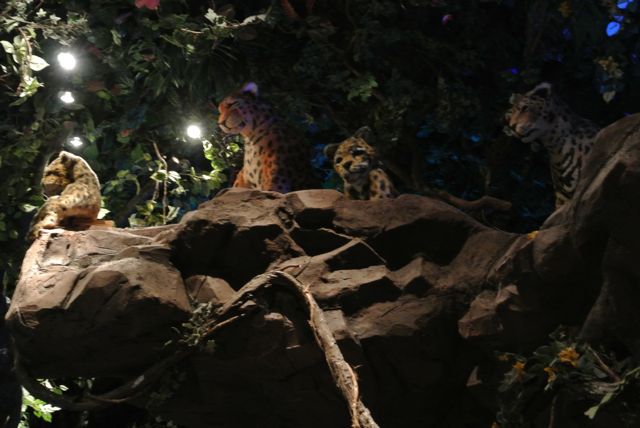 Both Darren and I ordered a pasta dish and Ethan had burger and chips which we paid extra for as Ethan wasn’t on the dining plan. This was a child size portion for children aged up to 9, I thought this was quite a big meal for Ethan but he cleared his plate. We both passed on our dessert as we really couldn’t eat anymore. We had soon paid our bill and were ready to leave but during our meal we only experienced the tropical storm once which I was really disappointed about as I’m sure it used to be more frequent than every thirty minutes. Ethan didn’t even flinch when the storm went off which was a good thing.
On our way out of the restaurant we showed Ethan the fish tanks so he could say hello to the fish. Our bill came to a total of $28.08 and we used two table service credits. 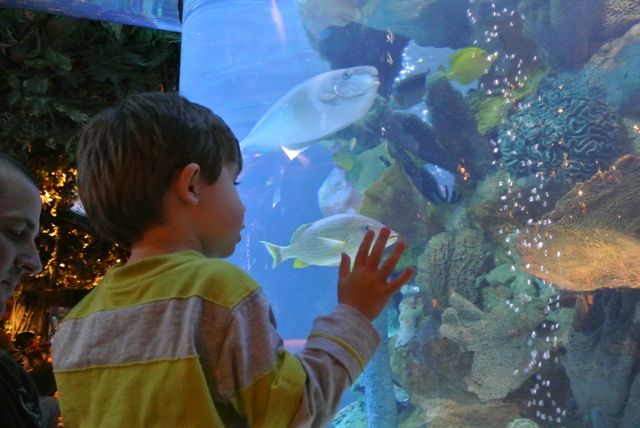 After our meal we headed over to the World Of Disney shop as Darren had promised me a Dooney & Bourke bag for Christmas and he wanted to get it then as Ethan had already made us aware that we wouldn’t be doing any kind of souvenir shopping on this trip!
We must have been deciding on which bag to buy for ages as when we finally left the shop it was quite late and Downtown Disney was very busy so we decided to call it a night as we had another breakfast ADR in the morning.