I have started to collect the Make & Bake with Peppa Pig series, which is probably going to end up costing me, or should I say Darren a small fortune, but I was excited at the prospect of testing my cake baking skills and learning new things. It would also give me something to bake with Ethan every other week.

So on my second week of being at home with Ethan we tackled issue one Peppa’s Butterfly Cupcakes.

I started by getting all of the ingredients ready and putting them all in the bowl (casserole dish) ready for mixing. 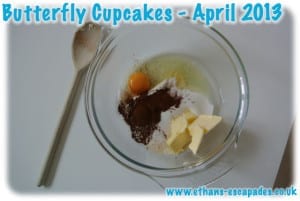 I was hoping that I could get Ethan to help me with the mixing but he wasn’t interested in what I was doing and just kept walking round and round the table or stopping to look at the washing machine as it was on a cycle. 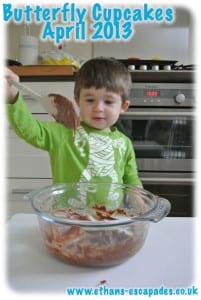 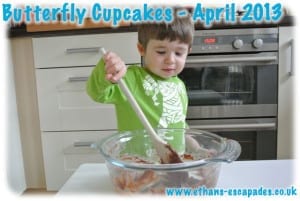 I did get Ethan to hold the spoon for a split second but this involved lots of clapping and cheering on my part. 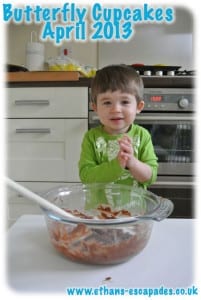 With the mixing finally completed I put the cupcake cases on the table, these sparked Ethan’s interest and he came over to investigate. 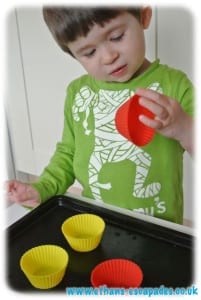 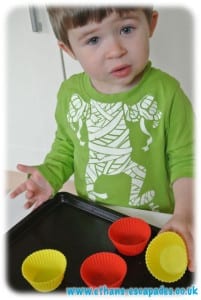 As I started to put the mixture into the cake cases Ethan started to put his fingers into the mixture, I didn’t stop him as he was joining in with the activity in his own little way and also he was testing his own limits as he isn’t happy with having anything on his hands. 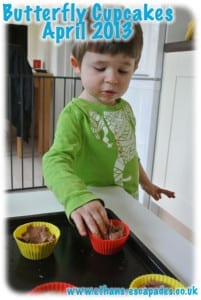 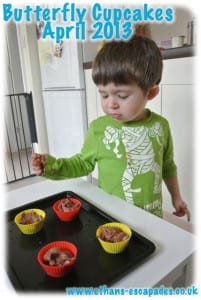 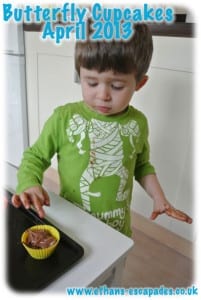 I think his face says it all… 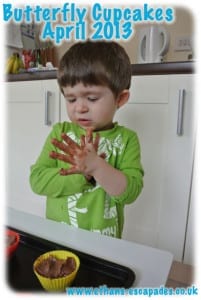 …but he was very happy with the chocolate cake mix in the end! 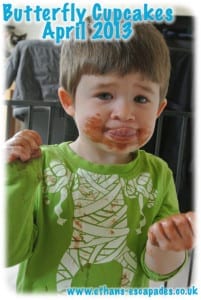 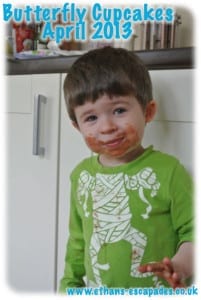 With the cakes baked and a cleaner Ethan it was time to put the icing on the cakes to make the butterfly wings. I made the icing and put everything on the table so that we could do this together but as quick as lightning Ethan had taken one of the cakes out of it’s case and started eating it, the boy was so fast that it made me laugh out loud. 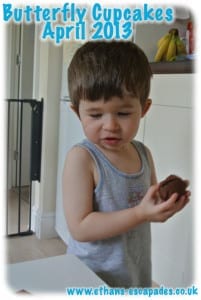 So with Ethan too busy eating to help me with the icing I completed the task, I was very impressed with our butterfly cakes. 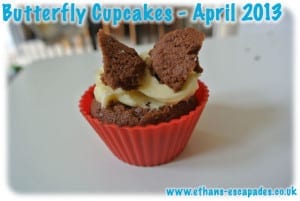 Ethan got to try a completed cake after his dinner, I think he liked it… 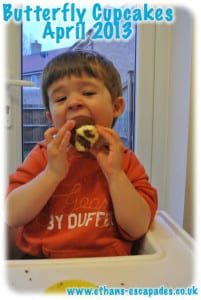