We finished our breakfast at Hollywood & Vine just as the park opened, I was really impressed as I didn’t think we would be able to join the mad rush of people heading to Toy Story Mania.

For those of you that have never experienced this rush let me explain what happens. Toy Story Mania is a fairly new ride at Disney, I say fairly, it was there in 2008 and we didn’t even dare to go on it as the queueing time for this ride went into hours. This can still be the case now and as people know this they get to Hollywood Studios for rope drop and as soon as the park is opened people race to this ride to either join the queue or get their fast passes. It is quite funny seeing adults in a stampede for a ride, kids getting dragged along just to experience it. I’m surprised Disney hasn’t made this into quite an event with an official starter and medals for who gets 1st, 2nd and 3rd place, perhaps they have and we just aren’t that quick.

As we were prepared for this Ethan was already on Darren’s shoulders so he was safely out of the way of the madness and thankfully we had Ethan’s GAC card ready so we were let into the fast pass queue without any problems and without hours of waiting. 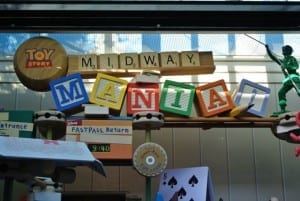 Unfortunately Ethan hated this ride and he was nearly in tears by the end of it which we were surprised at as spinning is involved so we didn’t even attempt to try this ride again during our stay. I was able to get a picture of our score, I was blue! 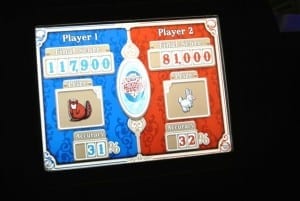 Opposite Toy Story Mania is Buzz and Woody’s meet and greet, the queue was already quite long for this but the cast member advised us that this would be its shortest waiting time all day so we decided to be brave and join. 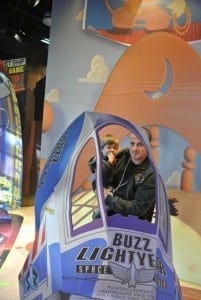 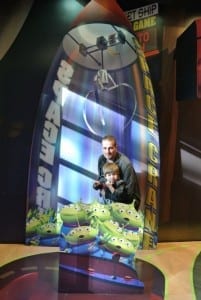 We had some fun taking photos whilst we waited and thankfully there was a family behind us that had quite a few children so Ethan spent the time watching them as they were making him laugh and it wasn’t long before it was our time to say hello to Buzz and Woody, high fives all round. 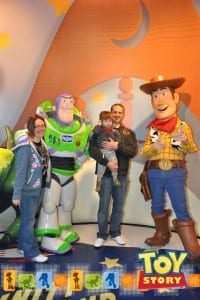 Before we left the Pixar area I remembered to take some photos whilst Darren went off in search of Ethan’s buggy. 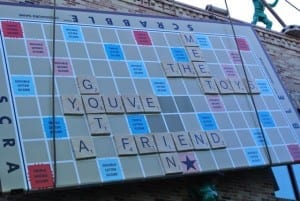 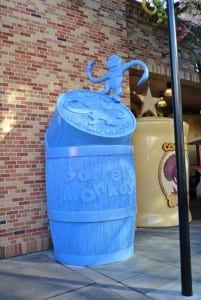 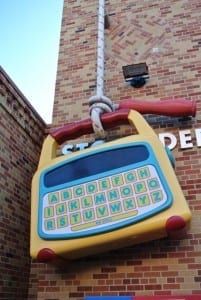 We decided that we would spend the morning meeting the characters as we knew the queues wouldn’t be so long so me made our way to see the MONSTERS! Now I must admit this was really for me as I have always wanted to have a photo taken with Sully.
The monsters didn’t come out to say hello until 10am and it was still quite early so whilst we waited Darren had some magic photopass pictures taken. 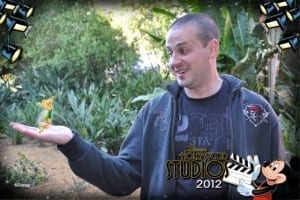 Now I don’t like moaning about Disney holidays as I’m sure there should be a law or something that bans you from moaning about or whilst you are in the happiest place on earth but I just need to have a little moan about this. We were clearly waiting for the monsters, and had been for at least fifth-teen minutes when just before 10am another family came up and started hanging around and as the cast member opened the gate they went in before us without even acknowledging we were there. Now I didn’t say anything because of the above law but to not even confirm that they had noticed us waiting, I would have probably said that they go before us as their kids were clearly excited to meet the monsters but I did think it was quite rude of the parents not to say anything to us and to not teach their children manners. Moan Over!

So after the first family had said their hello’s it was Ethan’s turn. Look how big Sully is, Ethan took it all in his stride but what must he have been thinking?! 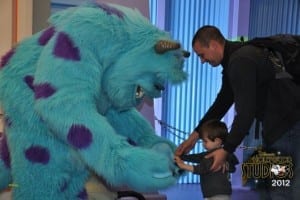 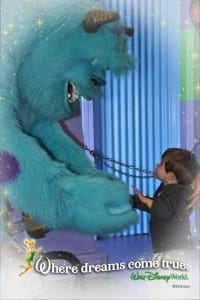 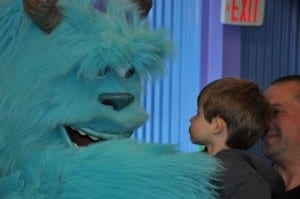 We were very lucky because both Mike and Sully were there to say hello. 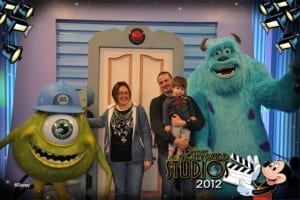 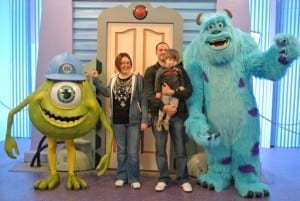 After our monster moment it was then time to seek out Lightning McQueen but we did get a little side tracked as they were filming in Hollywood Studios on that day so there was a performance in the Streets of America area so we let Ethan watch as he was enjoying all the singing and dancing.
We finally found Lightning McQueen and Mater but Ethan didn’t really like the noise as they have their engines running so we didn’t get very good photos, you can see Ethan waving a bye because he wanted to leave. Big blue monsters are fine but noisy cars no thanks! 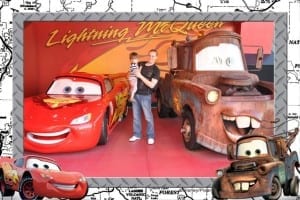 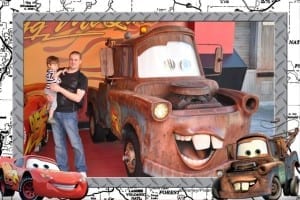