We first took part in World Book Day last year when Ethan’s school decided to take part for the very first time. This year our official World Book Day was postponed due to the school having to close because of the Beast from the East. So a week later than planned it was our turn to dress up. 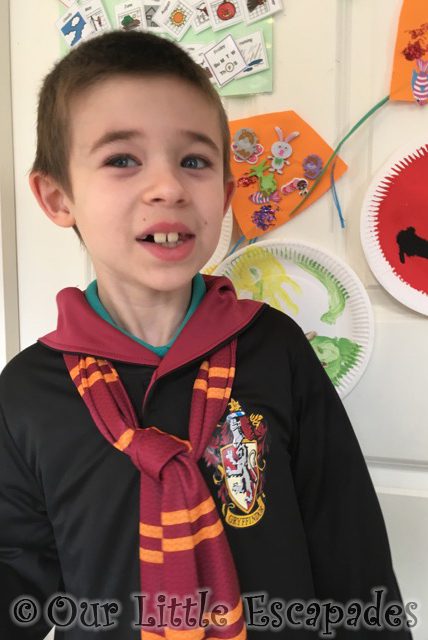 Ethan did Harry Potter minus the glass and the wand but he kept on his scarf all day. I think he enjoyed it as he didn’t protest to dressing up and I’m so glad his school rescheduled the day.

Little E’s nursery also missed World Book Day due to the snow closures. They didn’t reschedule the day but that didn’t stop her joining in with her brother. She also had quite a few options to choose from but decided that last years Tinkerbell costume was what she wanted to wear again. Little E has recently made a nice group of friends at nursery who like to dress up daily. So even though it wasn’t an official book day at her nursery Little E wasn’t the only one dressed up that day.

With Little E at school next year I’m sure I might have to put more thought into her costume. I know that some schools have themes that they have to follow. Next year Ethan might have a favorite book that he will be able to tell me about. I might have to get a craft kit out!