I was going to write about an old summer memory, one from when I was a lot younger, thinner, and didn’t really know the true meaning of stress, but on Thursday I created a new summer memory with my little boy. One I want to document and remember, so here it is…

On Thursday I was planning to spend the afternoon in the garden, Thursday is the day that I get shopping deliveries from both ASDA’s and Tescos so it normally means we are tied to the house. This Thursday didn’t go to plan as both of the delivers asked if I wouldn’t mind my shopping earlier, this meant that we had both delivers before lunch time and the ASDA slot was booked in for between 1pm and 3pm.

After making our lunch we had a whole afternoon of nothing much planned. Now I must admit I have been a bit of a hermit this August. I have been avoiding taking Ethan to the park because of the amount of people that would be there, because of the school holidays. Trying to keep Ethan safe and keeping an eye on the buggy and my bag just isn’t worth the stress involved. Darren has been telling me to leave the buggy at home, but Ethan will never walk that far for me and I can’t put him on my shoulders like Darren can.

I had promised Ethan that I would take him to feed the ducks at the start of the summer, but Darren had thrown the bread away that I was saving in the freezer so we didn’t go. When I had put the shopping away I noticed that we had some bread that we could take to the ducks so that is what we headed off to do on Thursday afternoon.

With my keys in Ethan’s backpack and bread in hand we made our way, without the buggy, to the river to feed the ducks. As we walked there I asked Ethan where are the trees are? Ethan can now sometimes indicate to things if he is in the mood, a type of pointing if you like, and he reached in the direction of the trees for me.

I then asked him to count the trees. We do this by me saying one and pausing, sometimes Ethan will then make a one type of humming noise, we will do this right up to number ten. Ethan making the right sounds for each number, and if I’m very lucky he will sometimes try to say a word for eight.

As we walked to the duck’s Ethan kept saying ‘Ready, Steady, Go’ to make us run a little bit of the way. Every time we did this he would burst into fits of giggles.

Finally, both a little worn out because of the heat, we were at the side of the river where the ducks live. I manoeuvred Ethan as close to the edge of the river and ducks as my nerves could take and I gave him a piece of bread to give to the ducks.

Now last time we did this Ethan didn’t know how to throw the bread, he would push our hands as we held the bread to show us when he wanted the bread thrown. This time Ethan took the bread and threw it into the water, to the ducks, all by himself. I couldn’t believe it, so I continued to give him little pieces of the bread to give to the ducks. Every time he threw a piece of the bread he jumped and laughed on the spot with excitement. It was lovely to watch and if I was brave enough to have taken out the camera and have felt safe this close to the waters edge, I would have captured the moment on video.

I was sad when we run out of bread for the ducks, meaning it was time to head back home. We said goodbye to the ducks and headed back home.

Heading back we had a few more races which even included running up and down the little hills by the river bank, I sure he likes to do these things to make my nerves bad! Ethan did sit on the floor a couple of times as if to say he had had enough of walking, but I bribed him with the promise of a cake when we got home. I’m pleased to say we survived our outing without the buggy, this outing has given me the confidence to leave it at home again to visit the park.

We created a lovely summer memory, which even included two firsts for us. 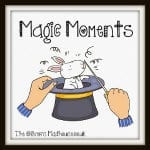