This year we got to take part in World Book Day for the very first time. I don’t remember Ethan’s nursery taking part in World Book Day, and his school had never taken part since he started there. The reason being that the change in school routine can be too much for the children. This year his school decided that they would ask the children if they would like to take part.

Ethan doesn’t really do fancy dress. He doesn’t like you touching or putting anything on his face. He doesn’t like the feel of the material the costumes are made of. Everything about fancy dress can cause him distress. A few years ago Ethan was given a Batman costume, it was too big so I put it away for him. When we received the World Book Day letter from his school I knew that we would finally have a reason to try on the Batman costume.

We decided the best form of action would be to prepare Ethan by telling him everyday after school that on Friday he would be Batman. The lead up to World Book Day was hard for Ethan. He had a few meltdowns after school and on the Thursday there were even tears at school. He was very out of sorts and we were sure he wasn’t going to put on his Batman costume. We decided that on the Friday we would try to see if Ethan would put on the costume but if he got distressed we would leave it. We were ready for the protests but we got a very excited little boy who was eager to be Batman. 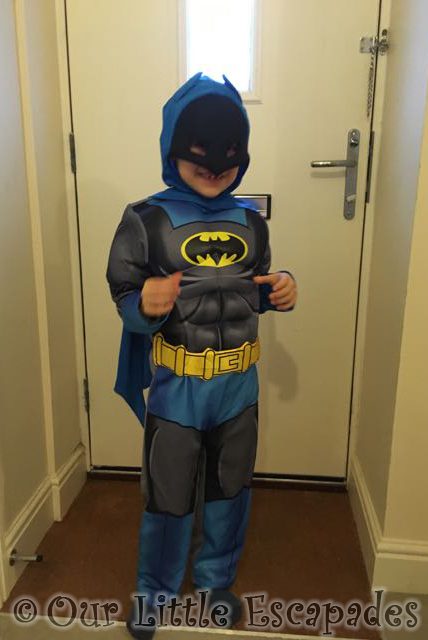 We couldn’t believe how easy it was. Ethan was so excited and wore his costume all day at school. They even had to say hello Batman at the start of the school day. I’m so proud of Ethan, it was such a big step for him and I’m so glad he enjoyed the day. Now we will have to see if he will dress up for Halloween.

For Little E’s costume I wanted an outfit that wouldn’t trip her up. She is a very active lady and prone to accidents. This means a princess dress was out of the question so I opted for Tinkerbell. She likes fairy’s which I thought might help.

Little E wasn’t happy about the fairy costume. She told me that she was not going to wear it. I put it down to a fear of the unknown and something new. On Wednesday we had a trial run of costume wearing and she screamed the place down. She did not like me at all but we had embraced the unknown that the costume brought with it.

Thankfully Little E put on her costume on World Book Day without any tears. When we arrived at nursery she went straight over to the books and picked out a fairy book to read. Little E wasn’t quite sure when she saw her keyworker dressed as the Queen of Hearts. She made the funniest expression I have ever seen. Thankfully she really enjoyed her day as a fairy and loved flying around the playground with the Queen of Hearts. 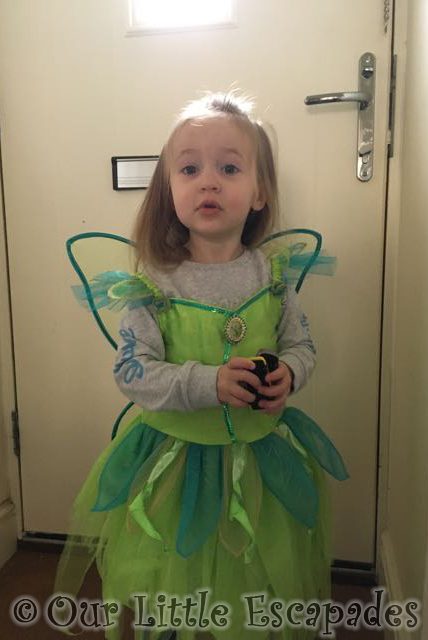 We had a very successful first World Book Day, I wonder if it will be so easy if we get to take part next year.