Being that the 31st of October fell on a school day for us this year I didn’t have too much planned in regards to celebrating Halloween. We had been to the pumpkin patch in the half term and Ethan had done the pumpkin hunt that I was looking at with his school. So I made sure we had sweets in for the children coming round to Trick or Treat and that was about the extent of my grand plan. I must admit that we didn’t even carve the pumpkins that we picked at the patch because of the terrible cold I have had for the past few weeks.

When we visited ASDA on the 31st I noticed that they had put all of their Halloween fancy dress items in a sale. I had avoided a costume for Little E as she hasn’t shown any interest in her Princess dress that she received as a gift for Christmas, but at the reduced cost I thought it wouldn’t hurt to see how she got on with a Witches outfit.

Little E loves a hat so the withes hat was a hit and she actually wore it for most of the day. The dress on the other hand was a different matter. I called it a princess dress when asking her if she wanted to wear it and she flatly refused to put it on. I decided to be a little bit more persuasive as the day wore on and we actually got the witches outfit on before Ethan came home from school. 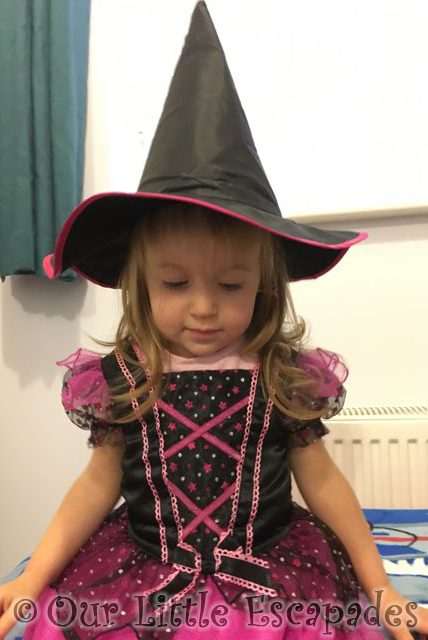 Ethan thought Little E as a witch was very funny. He kept asking us ‘What is it?’ and laughed at our reply. He even took a turn at wearing the witches hat. 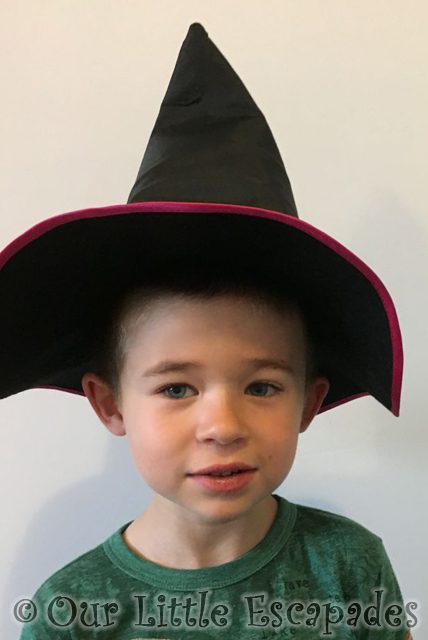 We don’t take Ethan out Trick or Treating as we don’t feel it is a good thing to teach him but thankfully he is happy to open the door to the other children that do it. Little E also loved saying ‘Hello’ to all of the children, I’m glad that neither of them are scared by the people dressed up coming to our door.

I felt terrible that we didn’t have the time to carve our pumpkins this year but thankfully Ethan’s school came to the rescue. He brought home with him his very own carved pumpkin which took pride of place on our table. 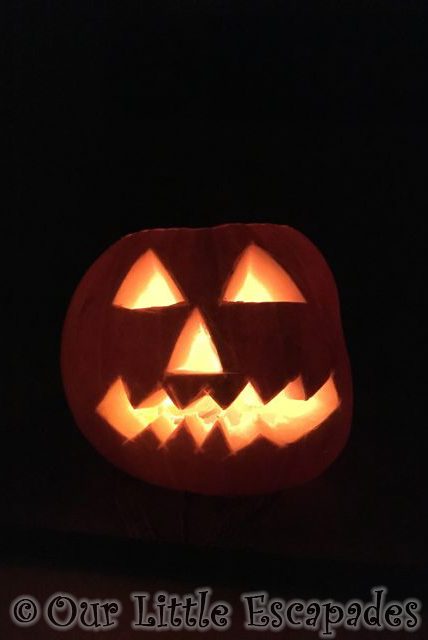