Week two of our food challenge has been and gone and we are nearly at the end of week three, this is how we got on with the new dishes…

I have made these once before and ended up with lots of mini pasties more than we could eat in a meal so I decided that I would just make four bigger pasties this time, three for our dinner and one for Darren to take in for lunch the next day. The recipe suggests using two sweet potato’s for the filling but we had so much left over that I think one would be more than enough for us unless you can freeze pasties but I have no idea if you can.

I found these very filling and you mix toasted mustard, cumin and caraway seeds into the mash as well as cream and eggs which I think makes them taste amazing. I served them with spaghetti and mini sausages so that Ethan wouldn’t find them so dry to eat. 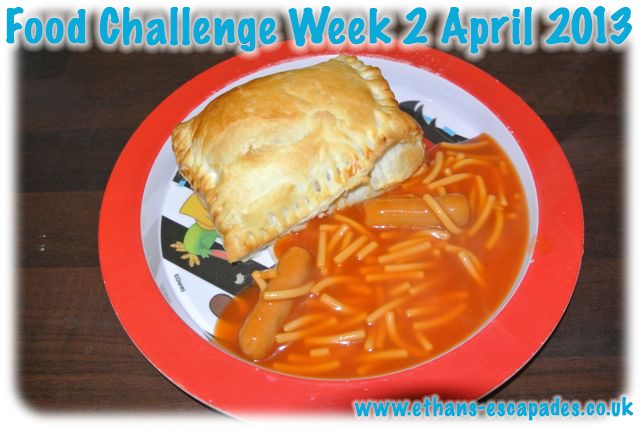 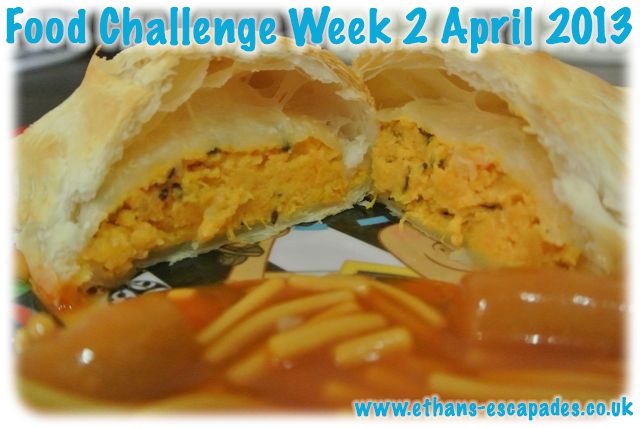 Ethan’s Verdict: Ethan loves spaghetti and sausages and dived right in, even feeding himself a little this time so I let him get on with it. I cut up the pasty for him and mixed it into the spaghetti and he cleared his plate which I was amazed at as I struggled to finish mine. So I think we can say he liked this dinner.

This is our new curry of choice the sauce is made by blending onions, garlic, ginger and chillies in a food processor and it reduces down during the day in the slow cooker. It isn’t too spicy which is why we decided to try it as we also wondered if, because we believe Ethan is Hypo (under-sensitive) he might prefer to eat spicy foods, this was his introduction into spicy foods.

Ethan’s Verdict: He does eat this so we think he enjoys it but he does always end up more interested in the naan bread so eats more of that than the curry!

I wanted to make these meatballs as another way of getting more red meat into Ethan’s system, the recipe makes quite a few so there are now lots of meatballs in our freezer.

Ethan’s Verdict: He ate this with encouragement but was more interested in the garlic bread and asked for more of that. Ethan does like his carbs!

This was officially my first cooking disaster! Everything was going well, it smelt nice whilst cooking and I thought this would be a great healthy choice for us. How wrong was I?! Now perhaps this is my own fault as it said mash the cooked lentils before serving and I decided to use my new gadget, the hand blender. Mash, blend, I know they are two different things but I thought I would only do it lightly. It ended up looking like a thick soup, or dare I say it type of baby food, and I’m sad to say Darren had to rescue us by stopping off for a McDonald’s on the way home from work. I really did fail with this dinner! 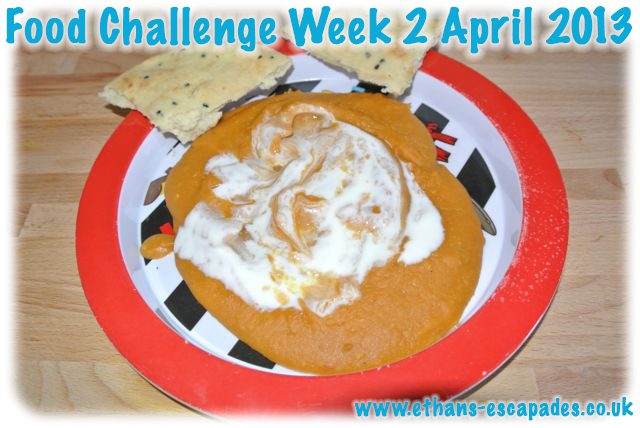 Ethan’s Verdict: He ate the naan bread and then looked at me like I was totally mad when I put some on a spoon for him to try. Needless to say he was very happy when Darren arrived home with the magic box containing chips!

This was my first official try of homemade spaghetti bolognese and I’m sad to say I didn’t like it but then it isn’t something I would choose to eat at the best of times. Darren and Ethan really liked it and I feel I will have to start trying to enjoy this meal. 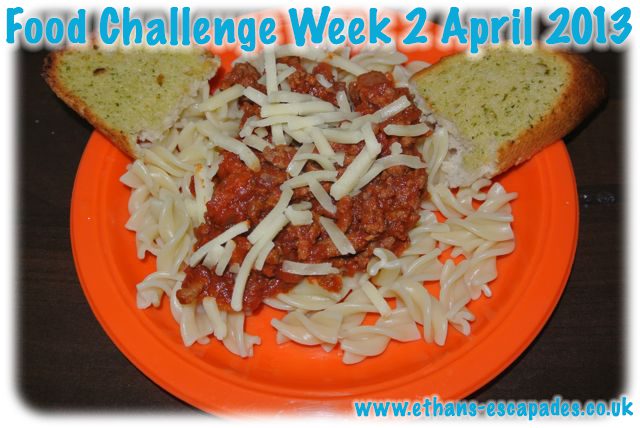 Ethan’s Verdict: Like normal he got stuck into the garlic bread right away and didn’t want to eat anything I offered him. He indicated in his own way that he wanted to eat the remaining garlic bread and I said “No, you must eat some of your dinner first before having anymore of the bread”, an amazing thing happened he ate half of the spaghetti bolognese when just moments before he had been pushing the spoon away. Now what is amazing about that I hear you say, its because we really have no idea if Ethan understands what we say to him and this one little action proved to me he knew what I said to him this time.

I love pasta and I love cheese so this really was something I was looking forward too. Ethan on the other had never eats macaroni cheese if we make it so I should have know this wouldn’t be a hit but the fact that it was called creamy pasta bake gave me false hope that he may have liked it. 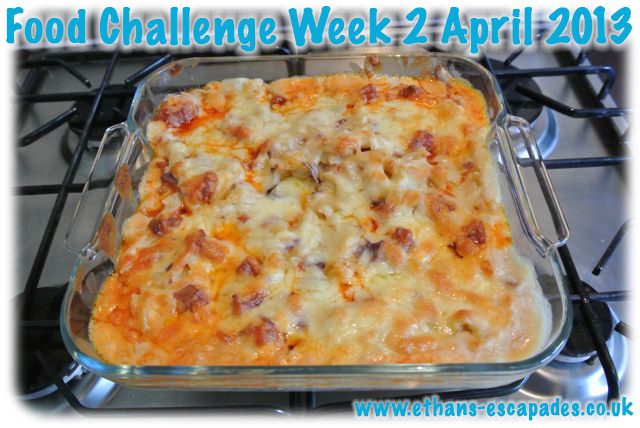 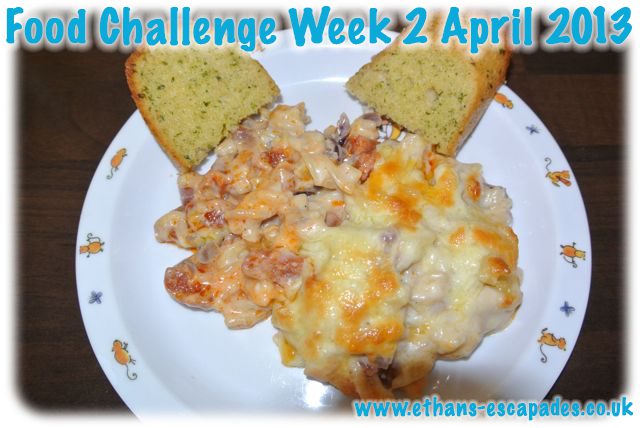 Ethan’s Verdict: He wouldn’t eat this at all and just kept turning away from the spoon. As normal the garlic bread was a winner but that was it. We had to let Ethan eat a banana and a yoghurt after he had his fill of garlic bread just to make sure he had eaten enough. Both Darren and I loved this but I doubt I will be able to make it again after Ethan’s reaction to it.

Overall I think we had some ups and downs this week with food but at least we are trying lots of new and different things.