This year must have been one of the worst we have had on our autism journey. We reached breaking point on a few occasions but thankfully the summer holidays have brought with them a calmness. For some reason this was the year that Ethan decided he would start continuous throwing. 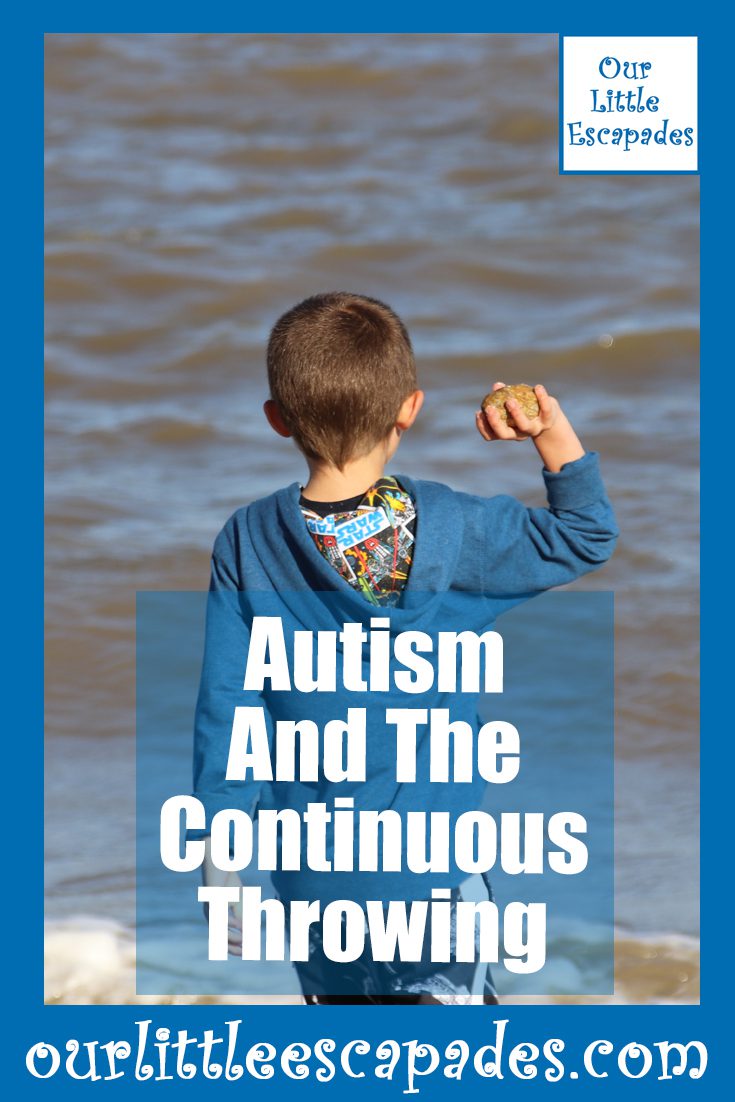 This new habit started in January. One day Ethan just started to throw things. We can only think that he liked the sound the objects made when they hit the floor. He has always loved cause and effect and this was his new way of fulfilling his need. The problem was his iPad was one of the main objects he wanted to throw. He also found it very funny and no matter how cross we got Ethan would just laugh at us. Our home started to become a battle ground as we desperately tried to stop this throwing. Even on trips out of the house we have to be one step ahead to catch anything that Ethan decided to throw.

This continuous throwing also took place at school and Ethan’s after school club. Books and toys were thrown, the louder the noise they made the funnier it was. Ethan had to be removed from his class nearly everyday. I had a few meetings with the school and ended up in tears on a few occasions. Ethan was even issued a risk assessment that states he is a danger to himself and others. Extra procedures have to be put in place and followed when Ethan is in a classroom.

What Started This Continuous Throwing?

This year has seen lots of change in our household with regard to our jobs. Both of our jobs have changed in different ways and Darren’s shifts have also changed. We wondered if this unsettled Ethan’s routine. I also found it hard to get used to the changes which he could have also picked up on.

This past year also saw Ethan move into the junior section of the school. This meant a new class, new teachers and new friends. The teaching week was also split between two teachers meaning he had lost a constant known face. We wondered if he found it all too much. We also discovered that Ethan’s ability might have been better than his peers in his class. He is actually moving class when he goes back to school in September because of this. Perhaps Ethan was bored in his class?

Is There Still Continuous Throwing?

The summer holidays started and Ethan’s throwing reduced. For about a week now I haven’t heard his iPad being thrown. It is pure bliss. There are no battles between us and even Little E has commented on the throwing reduction. We can even go out of the house and relax our throwing watch. We always have to be one step ahead with Ethan. He has mentioned throwing a fair bit. He likes the idea of throwing things from high places so we have to be very careful on bridges and our Tower of London visit could have been interesting at times!

We are in a very good place at the moment. The throwing really did take its toll on all of us. It has been a hard year. I really hope this clam continues when we return to school in a few weeks.

4 thoughts on “Autism And The Continuous Throwing”