Don’t let the pictures fool you but an undisturbed night of sleep doesn’t happen in our home! It used to, Ethan was able to be put in his cot and you wouldn’t hear anything from him until the morning. All that changed when I went back to work when he was eleven months old. 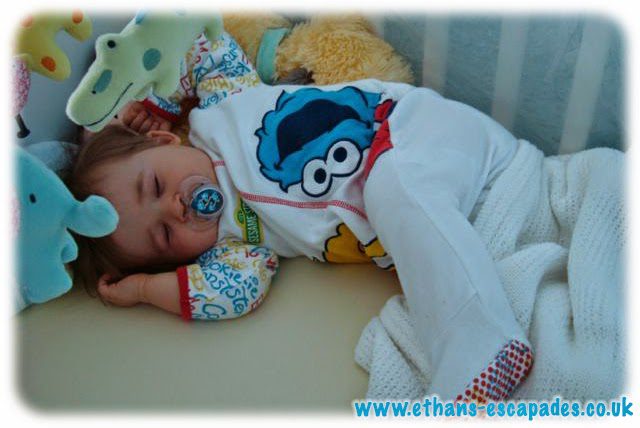 Ethan now has to hold our hands to go to sleep, even for his afternoon nap. If we leave him alone the house is filled with Ethan’s cries and screams for attention. Yes we have tried to leave him but if we do this he gets too stressed out and will make himself sick and I’m not willing to turn our home into a battleground everyday. We have also turned into co-sleepers something that I was sure we wouldn’t be but that is the only way we can get any sleep. I used to blame myself, that his sleep problem was because of me working, hoping that it would sort itself out over time but I sometimes feel that it is getting worse!
We have now been advised that Ethan’s sleep issues could be because of his possible autism. It is meant to be one of the traits, but no matter how bad the previous night is and how little sleep you have had all is forgiven in the morning when he wakes you up with one of his amazing smiles!