The lovely Laura over at Mummy to Boyz has started a new linky called Friday Fun. She thinks Friday should be all about fun as it is nearly the weekend and she invited us to join in.

Before I gave up work I did try to make Friday the day that we did some sort of an activity to get us off of the electronic devices. It has gone out of the window since I have been at home, but I’m hoping we are finally starting to get back into the swing of things.

I had already purchased some Peppa Pig Muddy Puddle Cup Cakes as we have been encouraged to play with food in the hope it will help Ethan’s eating habits. We have already made these once before and you can read all about that experience HERE. 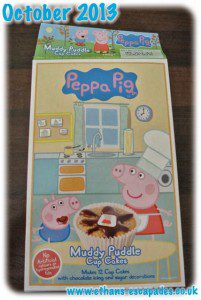 As always I prepared everything we needed before calling Ethan into the kitchen. 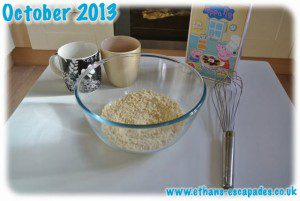 Ethan helped me pour the egg and the water into the mixture, I said ‘Ready, Steady’ and waited for Ethan to say ‘Go’ before emptying the cups contents into the mixture. I then had to hide the cups as Ethan wanted to keep doing this!
Then is was time to mix. 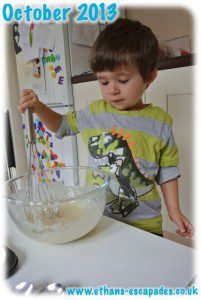 This didn’t hold Ethan’s attention for long and he decided he would search the cupboards for a cake. I had to hide all of the angel slices and I then showed Ethan the Peppa Pig packet trying to show him that we were making cakes. 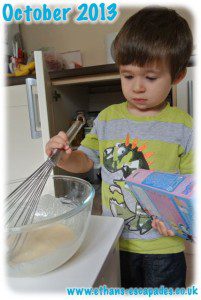 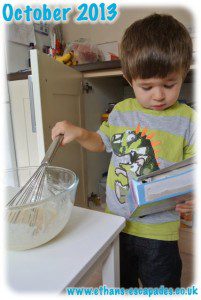 The mixture was then ready to put into the cup cake cases and I showed Ethan what I was doing and counted as I put the mixture into each case. He helped me by holding the top of the spoon, which did turn into a little bit of a fight and we did end up with quite a bit of the mixture on the table.
With the task complete the cakes went into the oven.
With the cakes nice and cool it was time to put on the icing. 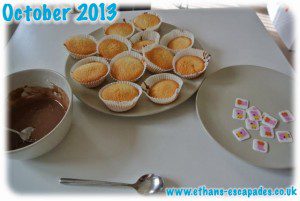 As always there was a little bit of a fight with Ethan wanting to eat the cakes before the icing was put in place but I managed to distract him.
Ethan didn’t want to help with the icing as he really doesn’t like any mess on his hands at the moment, but he did help with putting on the iced pictures. You can see in the picture below Ethan’s cake with four pictures on the top. 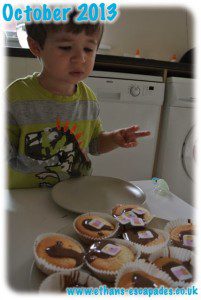 The cakes were ready to eat, but Ethan didn’t want to try one because of the icing. That means there are more for Daddy! 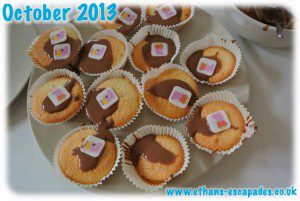 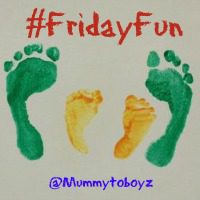