This months me and mine photo was taken yesterday. I have been keeping an eye on the dates to make sure we took a photo but we just haven’t found the time to ask my parents to take one of us. This meant that I set the camera up on it’s tripod and used the timer setting hoping we could capture a half decent photo. This was the best of a bad bunch. 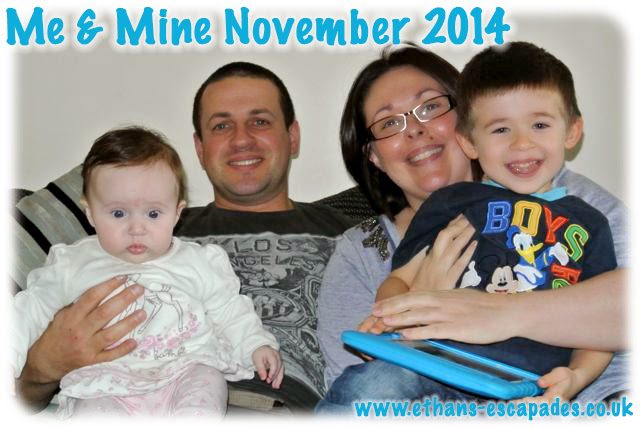 Not the easiest way to capture our moment in time but we did it!
This month brought Darren’s new shift pattern into full swing. To say it has thrown us all out is an understatement. I have thought that weekends were week days, and vise versa.
Ethan relies on routine more than we give him credit for, and we have had so many meltdowns because of this change. His sleeping is non-existent, we a fighting over eating and food, and he has become my new shadow. I think he can also be feeling thrown out because of all of the changes that Christmas brings to the routine. He did go off the rails a little bit like this last year, but we did think it might have been because I was suffering from really bad morning sickness. It looks like Christmas could possibly be part of the problem.
We have been enjoying the extra days with Darren. It has been great being able to get Ethan out of the house as I was starting to feel a little trapped at times. We are taking advantage of the quiet week days to take Ethan out and about before he starts school next year.
This month brought with it Guy Fawkes night and we watched our local fireworks display as a family of four. Ethan taught us that even on fireworks night you can see the world in a different way. Not only did he watch the fireworks, she watched the shadows they created.
We are looking forward to seeing what December brings in regards to Christmas celebrations, but I think it could be tough for our little guy. Lets hope December doesn’t bring too many meltdowns our way.