In February I wrote about the Proposed Statement that Ethan had been issued with. How I wasn’t 100% happy with it, and how I had written a nine page letter expressing my concerns and the school I would like Ethan to attend.

The council informed me they had received my letter and they had given me a date of the 25th of March which would be the date that we would know if they had applied my requested changes, and a school placement would be confirmed.

Great I thought, this would mean we would have plenty of time to prepare for his transition into mainstream school, as that is where I truly believed Ethan would be heading.

The 25th of March came and went, the panel was yet to decide our fate!

The problem was so many parents had requested a place at the special school they had to decide which child needed the place the most. I have no idea the amount of places available, but I would guess if it was a handful we were lucky. So I resigned myself to the fact that we would have more chance of winning the lottery than getting a place there. So I mentally prepared myself for his mainstream transition, and the fight I could possibly have making sure Ethan gets the full support he needs.

To keep myself sane, to keep myself going, I have to try to see the positives in all of the situations that come our way. I convinced myself that the fact that the panel were taking so long to reply to my letter was that they took it seriously. Therefore considering what I had written about Ethan needing full support in a mainstream setting.

The weeks of April passed very slowly and every week, without fail, I phoned the council to see if there was any news. Then the day came where every preschooler found out the school placement they had been awarded. Our placement email was in my in-box waiting for me when I woke up, the news it brought made me feel physically sick.

Ethan had been awarded our third choice place. The school that made me write this post expressing my concerns about mainstream schools. My anxiety levels were rising no matter how calm I tried to keep for the baby growing inside. Still we had no news from the panel about their decision.

Another week passed and we started to receive welcome information from the school I vowed I would never send my child to, panic set in! We were losing precious transition time for the mainstream school I preferred to send Ethan too. I decided it was time to send an email to the council expressing my concerns and how their decision making time was impacting on our preparation time.

Low and behold at 11am that morning we received the news we had been waiting for. Our caseworker called and told me to sit down, a school place for Ethan had been selected.

Ethan had been awarded a place at the special school. I burst into tears and asked her to repeat this news at least three times.

It has taken some time to sink in, I still can’t believe it and I’m terrified I’m going to get a call telling me they have changed their minds.

I know how lucky we are to receive this placement and I’m so grateful that Ethan has the opportunity to go there. I really hope it is the right place for him to reach his full potential.

What does this mean for our family? It means that Ethan will not be starting school in September, instead he will start in April 2015 when he is five. We have a whole year to prepare him. It also means Ethan won’t have to get used to the change of a new baby and starting school right on top of each other. I think this is a very positive step.

I’m linking this post to Loud N Proud as I’m so proud of myself for winning this battle for my son. One down, many more to go! 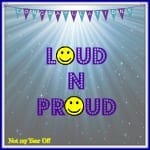