Last Monday, after an eight week summer holiday break, was the day that Ethan returned to school.

I must admit I was very nervous about how he would react to getting on the school bus again. His first day of school didn’t go well and Darren had to put Ethan on the bus as he kicked and screamed. I was so nervous about how this would go that I didn’t sleep the night before. Thankfully it was Darren’s day off so I had his support.

Over the weekend we had mentioned to Ethan that he was going back to school, this was met with lots of ‘No’s’. We showed him his uniform the night before and just hoped that he would understand.

Thankfully on the Monday morning Ethan was happy to put his uniform on, vocalising that he was going to school. I showed him his daily planner and together we set up his activity for the day.

Ethan was in a very good mood, so good that he even posed for his return to school photo. 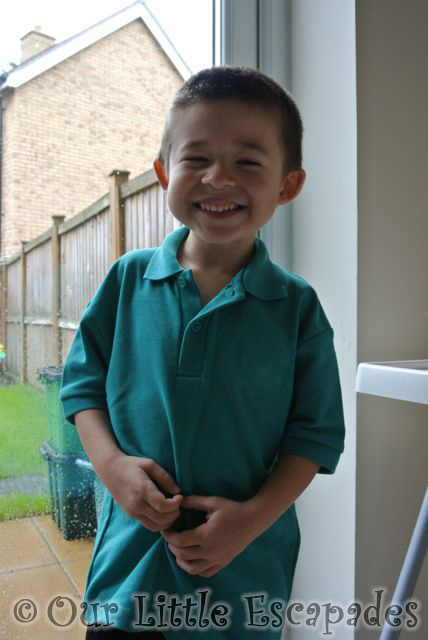 We both took Ethan to the school bus and although there was a little resistance Ethan got in the bus with no screaming or tears.

All reports say that Ethan was very happy back at school, and there was lots of smiling from him. Always a good sign. He has even kept up his new-found question asking, which is very positive as I did wonder if he would decide to be quiet with his teachers.

All in all it was a very positive return to school which makes us all more relaxed. 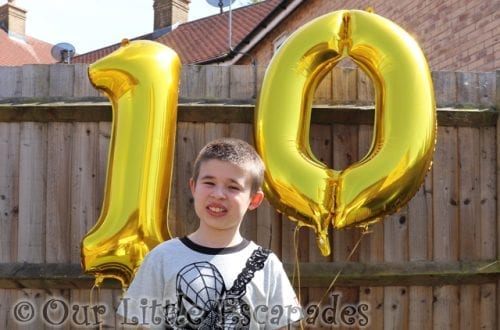