I have always wanted to see what Shriek Week at Colchester Zoo was like. Last Halloween we didn’t make it as other plans got in the way. This year we had a spare day during the half term and I knew it would give the children a chance to dress up in their Halloween outfits.

Knowing that Ethan’s anxiety escalates in crowded places we got to the zoo for opening. We quickly worked out that the Halloween activities didn’t start until later in the morning and headed to the Australian Rainbows, which are situated towards the back of the zoo. Unfortunately their enclosure wasn’t open to the public yet.

Keeping Ethan moving we headed to the petting area of the zoo, stopping at the Xylophone on the way. 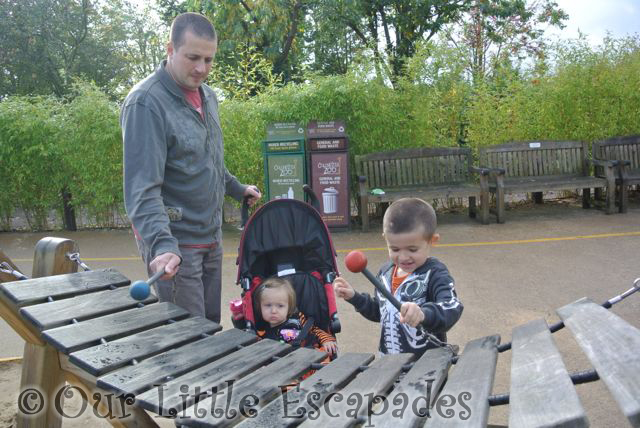 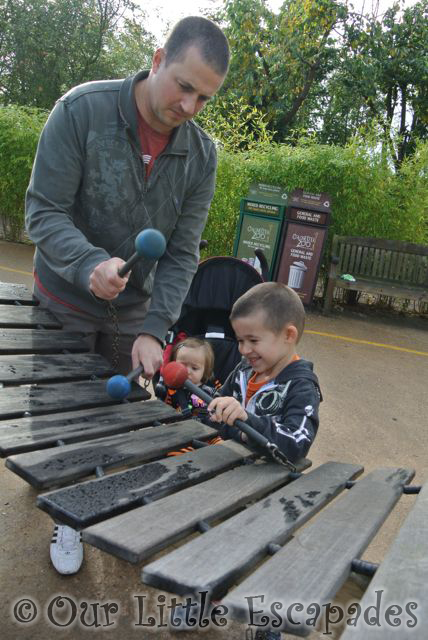 After making lots of noise on the Xylophone we headed off to see the goats and the Llamas. 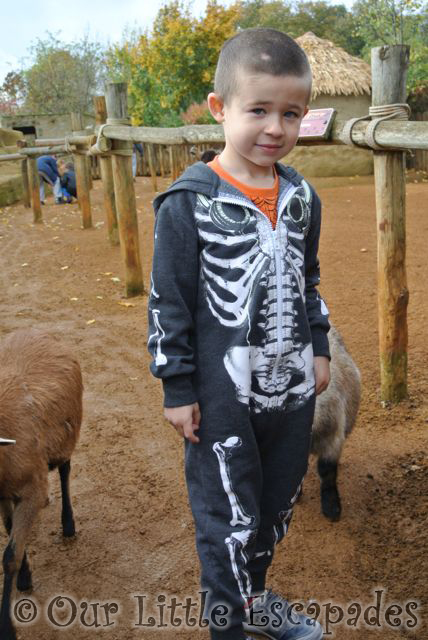 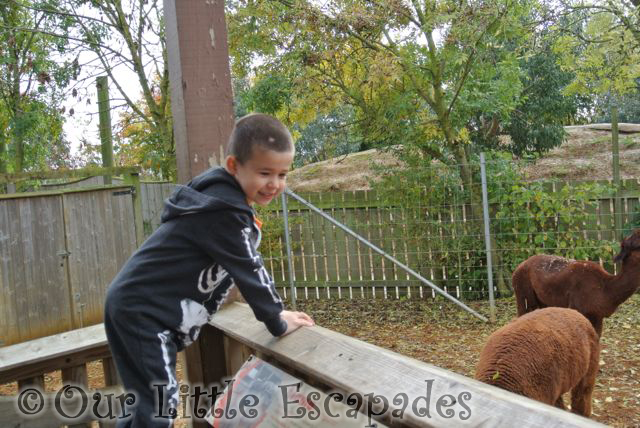 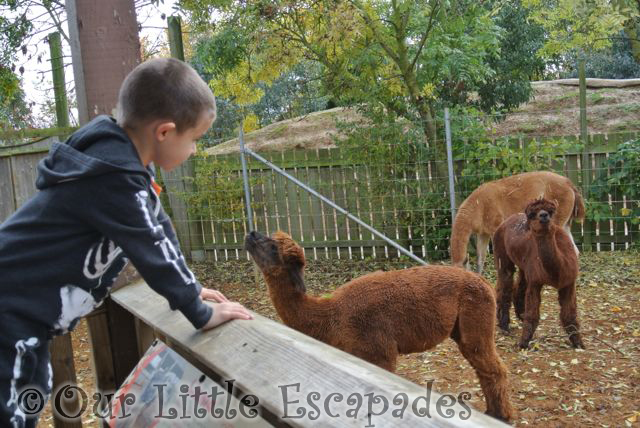 We then visited our favorites, the sea lions, penguin’s and the orangutan’s.

I knew as part of Shriek Week that the church ruins would be dressed up for Halloween so we decided to take a look around. Visiting the church ruins was a first for me as we knew that they were in the zoo grounds but never knew how to get to them.

We found them on the other side of the orangutan enclosure. 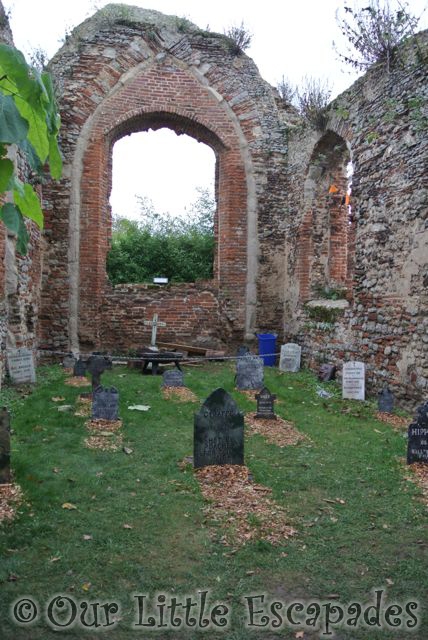 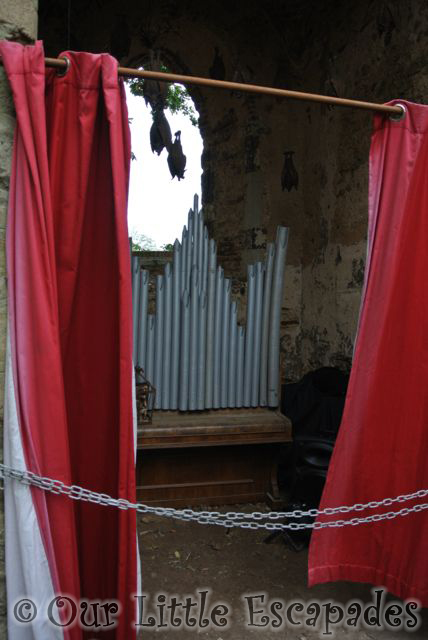 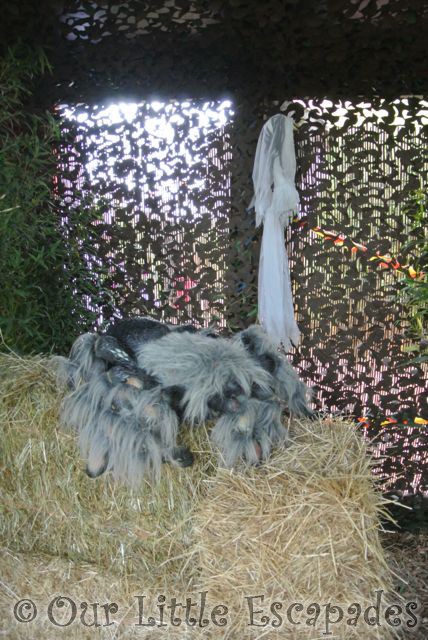 As part of the Halloween festivities they open the church up in the dark. I could imagine that being quite scary!

We decided to give the other Halloween activities as miss as I didn’t know what Ethan would make of the haunted house without being able to explain it to him. We decided to call it a day as it was getting close to lunch time and fed children are happy children.

And what did Little E make of her Halloween morning at the zoo? She loved having some freedom to walk around whilst it was quiet. 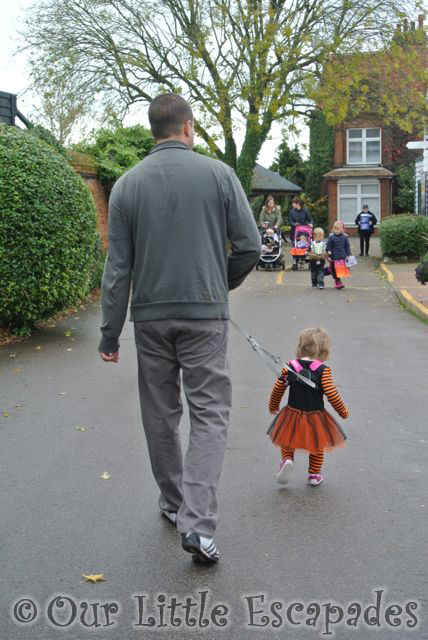 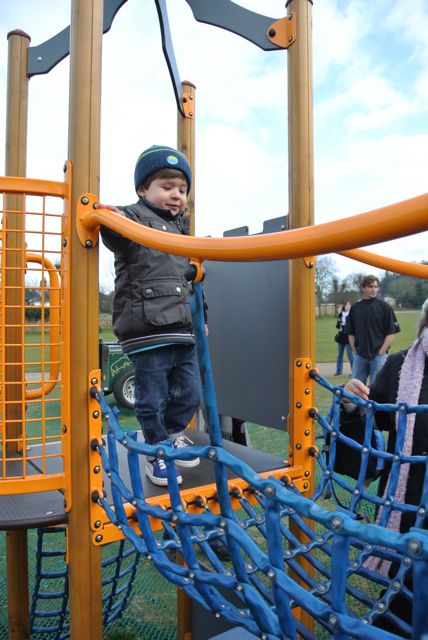 Fun In The Park With Grandpa and Grandma 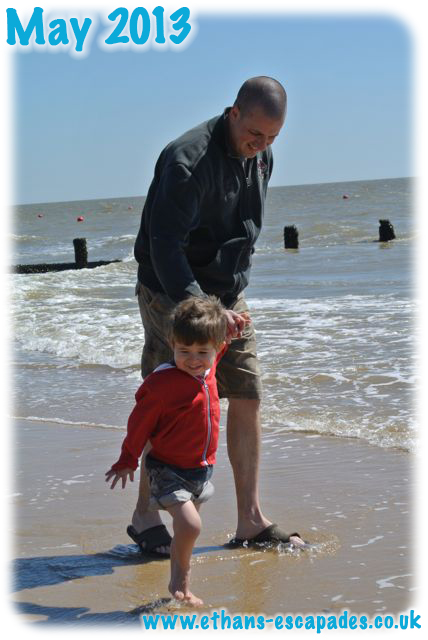