One of the reasons I fought so hard to get Ethan the place at his school is because teaching the children life skills make up part of their school day. I have always believed that Ethan being able to be independent is a top priority for us. He has a long way to go but I know that he continuously learns from his life skill lessons at school.

On Monday Ethan came home from school with an apple crumble that they had made in their cooking lesson. The note in his book said that the children had made them so that they could have them as dessert. Knowing how fussy Ethan is with food I was unsure if he would eat his dessert but I decided to give it a go. Unfortunately we had no custard to hand and I thought that would have made the crumble more appetizing for Ethan to eat. To my amazement Ethan willingly ate a spoonful of the apple crumble. He then demanded more and more until he had eaten the whole thing. 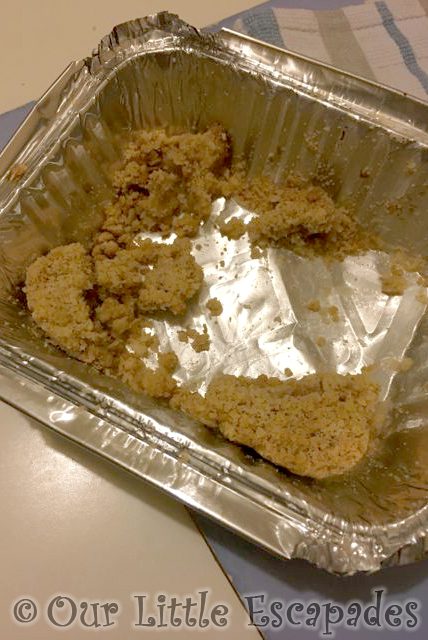 I couldn’t believe it. I was so proud of him that I had to let his teacher know how well he did. It turns out that they made the crumbles with Ethan in mind. He loves the crumble dessert at school and they normally use it as a bribe to make sure he eats all of his dinner. The only thing he doesn’t like is when the crumble turns out to be rhubarb and not apple but by then he has eaten all of his lunch.

Another new food to add to the list of things that Ethan will eat. It looks like I need to learn how to make apple crumble.

3 thoughts on “The Apple Crumble”