Skip to content
Last week it was Ethan’s nursery nativity. Last year he did so well that I was looking forward to it. I was also nervous of how he would deal with the situation now that anxiety has reared it’s ugly head.
You only get two tickets for for the show and as Darren wasn’t home from work on time I went to watch it with Grandad. 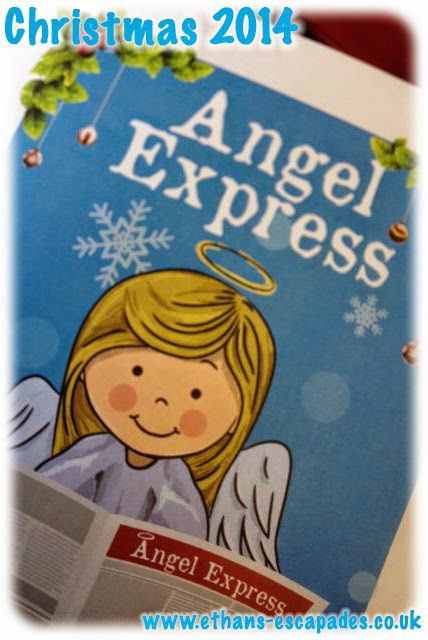 This years show was Angel Express, it was a cute story about improving the angels singing voices. Unfortunately I didn’t really pay much attention to what was going on. After Ethan had found us in the audience his face fell apart and he was on the verge of tears. So he sat on his key workers lap but settled after a while. Then a little boy started crying near him and he used his key workers hand to hide behind and climbed on her lap again. I spent the whole time hoping and praying that he would get though the first part of the show.
During this time Darren had made it to the nursery and was standing at the back. Ethan had seen him so that also cheered him up.
During the interval I was telling Darren that I had pre-ordered the DVD but I doubt that we would watch it as I felt so terrible for Ethan. Last year he had tried to sing all the songs, and even said star. This year he did not try to take part at all.
In the programme Ethan’s name was under Carol Singers. I had no idea what this meant but just thought it meant he was in the group of children that didn’t have parts. I could never image that Ethan would have his own part in the nativity.
When the second act started Ethan was in a different position at the back. He was wearing a Santa hat and was holding a paper lantern. Then they started to sing a song about ten carol singers. The children in his group had to stand up two at a time and swing their lanterns. Ethan was in the first set and he stood up and swung his lantern. It was so cute. He lost his momentum a little and both me and Darren found ourselves swinging our arms, willing Ethan with all our might to swing his little lantern.
I couldn’t believe how well he did and that he had a part. I was over the moon. Such a proud moment for me and his dad also got to witness it too. Ethan really enjoyed the second part of the show and I felt so much better about it all.
For some reason I was blowing kisses to Ethan, to let him know how well he was doing. Right at the end of the show he blew a kiss back. Something I don’t think he has ever done before. It was a real morning of emotions.