Ethan has major anxiety issues around doctors, to the point that only seeing a doctor makes him scream uncontrollably. It’s terrible to see you son get so distressed and seeing a doctor often results in Ethan having to be pinned down to be examined. This means I only try to take Ethan to the doctors when it is absolutely necessary. At the signs of any illness I’m normally frantically searching google hoping I can work out what the issue is. I’m not a doctor so most of the time I have to go on my gut feelings, praying that my guess-work is correct.

My biggest fear is that something will happen and Ethan will need some form of treatment. I have no idea how we would handle that situation without the anxiety and stress.

Wouldn’t you believe it, but day that I aired my fears to my mum Ethan had an accident!

During the night Ethan will come into our bedroom countless times and Darren will take him back into his own bedroom. On Saturday night during one of these trips Ethan returned to his room and tripped over the air mattress that is on the floor in there for Darren. There was a massive bang as he fell and Ethan must have caught his head on the edge of his metal bed and where the bed guard is positioned.

Before we knew it we had a very upset Ethan covered in blood.

Now surprisingly this isn’t a scene uncommon in our house as Ethan sufferers from terrible nose bleeds. We often have to clean him up and strip of the beds in the middle of the night. This time it was done with the debate of do we need to make a trip to A&E.

I somehow retained the information that with a head wound there is lots of superficial blood. This was something I felt I kept needing to repeat to Darren during the mopping up process. Ethan was getting very distressed and we were going into full-blown meltdown mode. We decided that if we could stop the flow of blood and settle Ethan, we would take him to the walk in centre on Sunday as taking him at that moment would cause him so much distress. Not only would it be stressful for him, only one of us would have been able to go with him at that time. We are better as a team when it comes to dealing with Ethan at stressful moments. So hoping that we made the right call we all settled down for the night.

When we got up in the morning it was clear that Ethan’s wound had bled a little in the night but thankfully not too much. It still looked very wet so we knew it would need to be looked at. 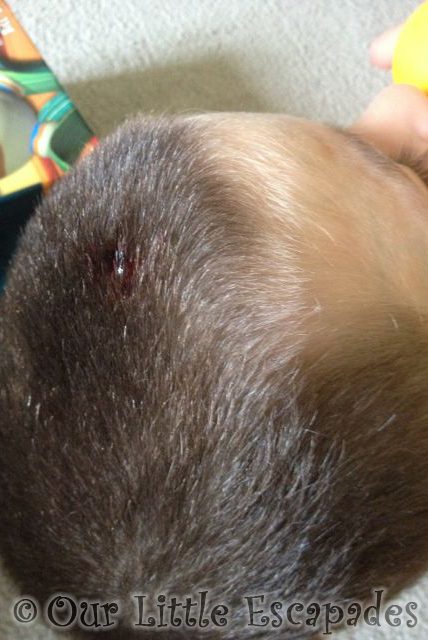 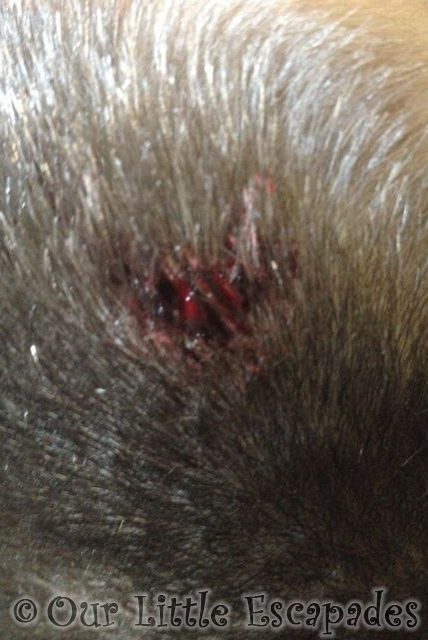 We made our way to the walk in centre after lunch so that nanny and grandad could come over to look after Little E for us. They told us there was an hour wait but thankfully they were able to take Ethan’s needs into account and we were seen and on our way home in under 45 minutes.

Ethan was seen by a nurse and thankfully he didn’t have any issues with her right away. This meant that she talked to him about his head and we all pretended to clean our heads so that Darren could clean Ethan’s cut for her. It took a while but the nurse didn’t rush us and Darren cleaned the cut as much as possible before it started to cause Ethan distress.

It was clear by this point that Ethan needed glue so this meant Ethan would have to be held in position. Darren pulled Ethan onto his lap and I had to hold his head as still as possible whilst the nurse applied the glue. There was lots of screams, fighting and tears but we did it as quickly as possible.

It was a very stressful moment but I’m proud of my little boy. We of course have lots of things to work on, but the fact that the first part of him being seen went so well made a big difference.

11 thoughts on “Autism and the Head Wound!”