In the last week of June Ethan had his third speech therapy appointment. Thankfully I was able to get another appointment with the lady that saw us last time, I have discovered that you have to keep on the phone to see results with appointments, our Family Support Key Worker also joined us for this appointment.

When I was told that Ethan would be having speech therapy I couldn’t imagine how this was going to work. I had visions of Ethan sitting at a table and someone trying to force words out of him, words that I never thought would come. I now know that at this young age speech therapy is done through play and this is basically what Ethan did for this hour.

The appointment started with us telling the speech therapist how Ethan had been getting on with his PECS. Ethan was too busy working out all the objects in the room at this point but we were soon able to grab his attention with some of the toys in the room and Ethan displayed his PECS knowledge.

He showed the speech therapist that he could make a choice between the PECS cards for the object that he wanted. He was tested a few times to make sure that he was making a choice and not just picking any card without meaning. As the appointment went on Ethan also realised that there were lots of different PECS cards for all of the toys in the room and he then worked his way through them trying out all of the toys. The appointment went really well which was fantastic because when we arrived at the car park Ethan recognised the building and started crying as I think he thought we were going to see a doctor!

The speech therapist couldn’t believe how far Ethan had come in such a short space of time. She said that he has made amazing progress and she was so glad that she got to see him again. She even booked us in for another appointment in August.

Ethan has set himself a high standard with the progress he is making, lets hope he keeps up the good work. 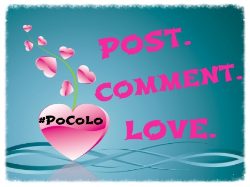